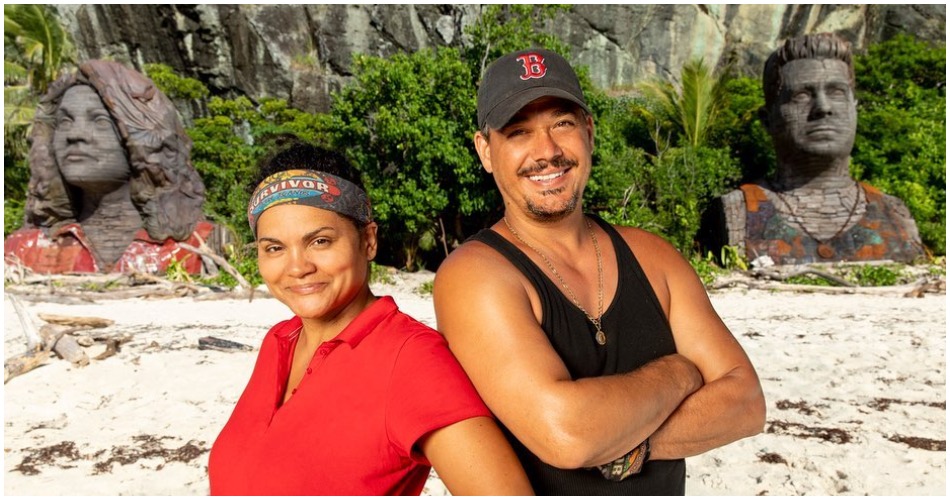 Season 39 of Survivor is fast approaching. As TV Show Ace has previously reported, Sandra Diaz-Twine and Boston Rob Mariano have agreed to a truly unique set-up.

The duo agreed to return to the CBS reality series once more. With over 200 episodes under their combined belts, they are hungry for more.

Boston Rob and Sandra are not players during this season of Survivor.

As those who have stalked the reality show’s official social media pages know, this season of Survivor is going to be very different. Jeff Probst described it as a Survivor boot camp. While Boston Rob and Sandra are returning, they are not players.

Instead, the network erected massive statutes to idolize each player. The duo will live on their own island. They will build their own shelter and find their own food. They will live out the Survivor experience. But, they do not have to compete. And, they are not going to win any money.

The concept behind this season of the game is simple. Players will have the opportunity to visit the island Sandra and Boston Rob live on. They will spend time with the iconic players and receive advice. They will be tested to determine if they learned anything from the advice. If they pass the test, they may even get an advantage.

How will the former players fair managing a camp entirely on their own?

Building a shelter, setting up camp, and maintaining it is a lot of work. This is why tribes being so large at the beginning of the game is so helpful. Boston Rob and Sandra are on their own. They do not have other castaways to lean on. They will build their shelter and their camp alone. Naturally, this caused some fans to wonder. They wondered how well building and maintaining worked for the pair.

Fortunately, Entertainment Weekly sat down with the dynamic duo recently. During the review, they got both Boston Rob and Sandra to spill on the experience.

Every year there is only one player that wins Survivor. As those who have watched the series over the years know, there are a lot of ways to get to the end. So, fans have seen a number of different types of winners over the years.

So, it goes without saying that Boston Rob and Sandra are two different types of players.

Not only did Boston Rob agree with this, but he commended Sandra on her effort.

Sandra explained to the publication that she told Boston Rob she was not great with construction. Fortunately, he was. Her skill set relied in being able to work hard and work well with others.

With his guidance, they were able to work together and build the shelter. She jested that while she tried not to complain, she did complain a little.

According to Sandra, Boston Rob spent a lot of time pushing her and giving her direction.

“So I was learning from him, but now also it’s just me and him on this island and I have to contribute. I can’t wait for someone else to make the fire,” she explained.

Mark your calendars 📆 . The next season of Survivor premieres in 1 MONTH!

Season 39 of Survivor is slated to premiere on September 25th. Stick with us at TV Shows Ace for the latest Survivor related news.