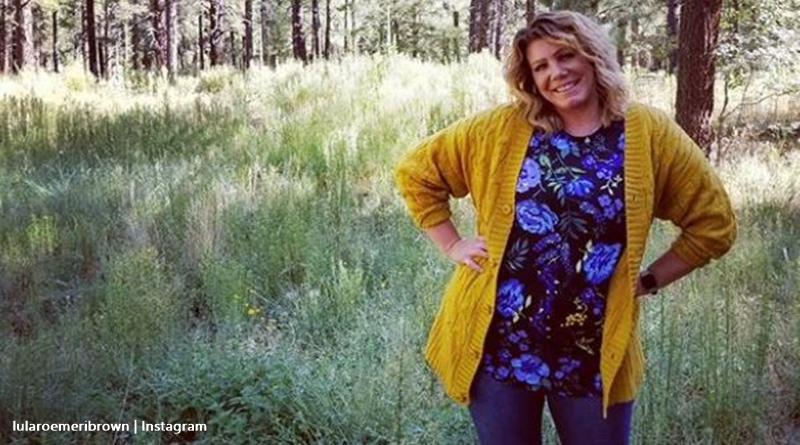 Sister Wives fans thought it amazing that Aurora Brown looks very similar to Meri Brown. In fact, many people commented on the likeness. It seems amazing because Aurora is the daughter of Kody Brown by adoption only. He’s not her biological dad. The attractive young lady’s father was David Preston Jessop, Robyn Brown’s former husband. Fans know that Kody adopted Robyn’s kids when Meri agreed to a divorce. But, is it even possible that she could look anything like Kody Brown’s first wife? You see, Meri Brown’s only got one daughter, Mariah, so how come Aurora looks a lot like her?

Fans of the TLC show noticed the striking resemblance between Meri and Aurora in a photo Meri shared to her Instagram. She captioned it with, “Super fun night at the @andygrammer concert tonight with this cute thing! 😊😊.” Fans of Sister Wives started commenting on the likeness. Here’s what some of them said about it:

Many more of them commented on how much they looked alike. But, how is that possible? After all, Aurora was born in 2003 to another woman, her folks divorced in 2007, and Robyn married Kody in 2010.

Are Meri and Aurora related – they look so similar – is it possible?

Well, it turns out that there could be a few reasons why Meri Brown looks so similar to Robyn Brown’s daughter. Remember, they all came from Utah, and in polygamists families, there’s quite a bit of intermarriage. Ages back, after just five years the Sister Wives show premiered, The Ashley’s Reality Roundup looked into the background of Robyns ex-husband, David Preston Jessop. They found out lots about the man who keeps a low profile, well away from any cameras.

They found out some rather interesting facts about him and published it in their article dated March 2015. Their sleuthing revealed that Jessop also grew up in a plural family in Utah. Meanwhile, we know Meri Brown, Christine, and Robyn grew up in plural families. Who knows how many close relationships spawned out of their own parent’s families? As we noted back in February, “sometimes, in the world of plural families…it brings in a whole range of relatives. This is especially true where the families belong to the same church and multiple wives come from a relatively small community.”

Sister Wives growing up in polygamist families often inherit a massive number of relatives. The Ashley’s reported that David Preston Jessop “is related to nearly all of the ‘Sister Wives’ cast! He is not only the first cousin of Christine but is also related to Meri (via her father’s “other” wives) and is the third cousin of Kody, Robyn’s second husband!” So, the fact that Aurora shows similar family traits to Meri Brown’s not all that surprising really.

What do you think about the likeness between Aurora, Robyn’s daughter, and Meri Brown? Do you think it’s very possible that over the generations, Aurora’s ancestors may well have linked closely to Meri’s bloodline? Sound off your thoughts in the comments below.