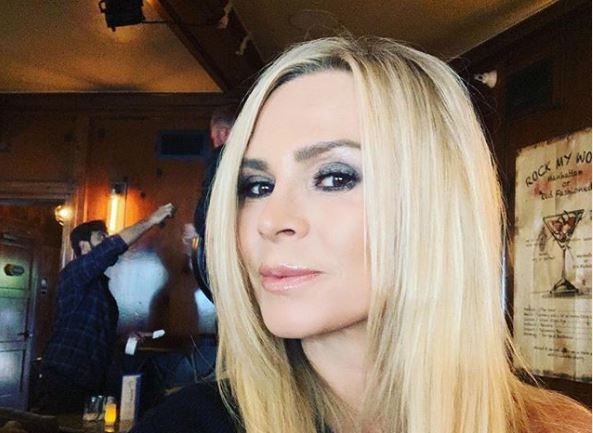 In the most recent Real Housewives Twitter feud, Brandi Glanville accuses Tamra Judge of being a “hypocritical asshole” because of Tamra’s role in continuing the train rumor involving RHOC Kelly Dodd, All About the Tea reports.

In the episode that aired last Tuesday, Tamra Judge and Shannon Beador continued to discuss the rumor while filming even though they agreed it should not be spoken about ever again on camera.

What Was The Rumor?

The scandalous rumor on the current and fourteenth season of RHOC claims that Kelly Dodd was involved in a train with two men while under the influence of cocaine. It’s a rumor that fellow housewife Vicki Gunvalson first heard and shared and that Kelly has strictly denied since before the season ever started.

After the episode aired Brandi took to Twitter to shame Tamra. “The moment you swear to not talk about a RUMOR you may have heard within ur group, yet you KNOW 100% your on f–king camera your a f–king hypocritical asshole,” she wrote in the tweet last week.

Bring On The Drama between Brandi Glanville and Tamra Judge

But she wasn’t done yet. A few days later Brandi added fuel to the feud by tweeting, “I have much to say on the toxic trick that is Tamra but I’m going to enjoy my holiday wknd first & address it on my next youtube episode. C–T f–king wait!”

Never shying away from drama, Tamra hit back with a tweet that said, “looks like someone needs a little attention.” “Who knew saying ‘Kelly is the new Brandi’ she’d lose her sh-t. It’s not like I called her a hypothetical a–hole. #calmdowngirl #attorneywatching #heresyourattention #takeitallin.”

Brandi fired back using lyrics from one of Taylor Swift’s new songs, “@TamraBarney you are somebody that I don’t know, but ur coming at my friends like a missile! You need to calm down you’re being too loud so STFU.”

It seems Tamra got under Brandi’s skin when she left a comment on an Instagram post referring to Kelly as “the new Brandi”.  The two OC Housewives have had a falling out since the new season started airing and the rumors began swirling. In a recent interview with Hollywood Life,  Tamra said Kelly is “just an angry person, ” and  “She’s not stable, she’s like Brandi Glanville,” she added.

Just got off the “7 train” in the Big Apple , it wasn’t such a bad ride after all 🤷‍♀️ not as dirty as they say

Coming to her own defense and Tamra’s, fellow housewife Shannon Beador posted a picture of their black car the night they were talking about the rumor, saying, “I refused to say anything until the cameras were off and no one was mic’d. And I made sure no one had a microphone on them when we got into the car. What I didn’t know is that there was still audio in the car after our dinner. #truth #notahypocrite #goodfriend #rhoc ❤️” If this is the truth, it really sounds like she didn’t plan for any of this to air on the show.

It seems, for now, the feud is dying down, with everyone agreeing to disagree.

Make sure you don’t miss new episodes of The Real Housewives of Orange County on Bravo.