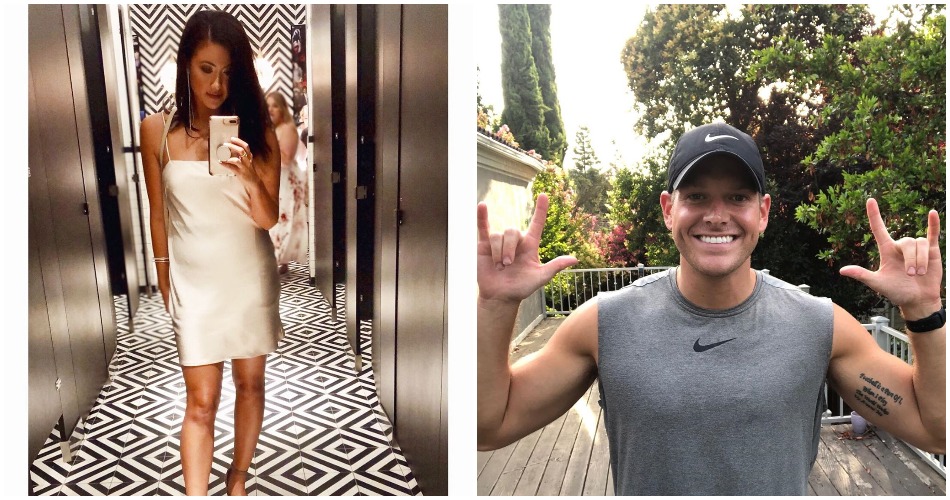 There was a major departure from passion and fun on this season of Bachelor in Paradise. Most of the season focused on players, drama, and conflict. There have been two memorable scenes that have stood out as offering fans the entertainment they are craving from the show.

JPJ taking Tayisha to the prom was probably the best Bachelor in Paradise date ever. Viewers were finally treated to romance, devotion, fondness, and adoration. Instead of the cattiness we’ve seen all season, the cast was actually supportive of one another. We could sense the love and lightheartedness in the air.

A week earlier, The Bachelor in Paradise producers outdid themselves with the footage they used for Sydney and Matt’s unforgettable first kiss with animals, giant crowds, and even spaceships celebrating their monumental achievement.

For those who don’t remember, Sydney had a very strong personality on Colton’s season of The Bachelor. Matt , on the other hand, arrived on a tractor in the premiere of Hannah’s B’s season. Like Grocery Store Joe, Matt never made it past night one. Matt felt the need to get Sydney’s permission to smooch her and really had a lot of trepidation leaning in and locking lips.

Sydney had been rather unlucky in love for most of her time on Paradise.  She did briefly connect with Mike Johnson, but there were no major fireworks. Sydney admitted she was shocked Matt Donald had chosen her for the double date with Luke S. and Kristina. Matt replied by focusing on the good time they had during the pepper-eating competition. Their good humor toward one another is clear through their social interactions.

Matt went on a date with Bri the following day where he kissed her with far less hesitation.

When Bachelor in Paradise pair Matt and Bri kissed during their surfing date, Sydney took to Twitter to make fun of Matt. “Soooo @Oldmattdonald22 you can kiss on first dates. I see how it is,” she wrote.

It was sorta ironic to watch Matt going in for a make-out session with the Australian so quickly considering it took him a while to feel comfortable kissing Sydney.

Fortunately, Sydney doesn’t seem to be holding any grudge or resentment toward Matt. In fact, the banter the pair share on social media displays the good humor they have.  While there aren’t many clues about Sydney and Matt’s current status, fans of this pair may be happy to know there’s even less evidence on social media that Matt and Bri are still dating. So if Sydney and Matt aren’t together, it probably doesn’t have much to do with Bri.

The Bri-related banter isn’t an isolated incident. When their kiss aired — complete with the nature-filled montage — Sydney wrote, “Round of applause for @Oldmattdonald22 everyone.”

Matt retweeted her post and mocked how sweaty he was (that was so intense that it required some assistance from John Paul Jones) leading up to the kiss. “I’m patting myself on the back right now. My very very sweaty back,” Matt wrote.

Oh boy, what could possibly come out of this mouth on tonights episode? Tune in tonight on #bachelorsinparadise

Sydney’s Instagram account mostly features her recent dancing and modeling work. Matt isn’t a big Instagram influencer. In fact, he’s only shared about 50 images. Since becoming a part of Bachelor Nation, he has been posting more.

Perhaps Sydney Will Leave Her Heart in San Francisco

Sydney is no longer geographically as undesirable for Matt. In August, she moved to Los Angles from New York. This is a move that could make it easier for them to date. Matt is from Los Gatos, California, which is up closer to San Francisco. But, at least they are both in the same state to hang out.

Do you think this pair is in the friend zone or could it build into a Bachelor in Paradise?