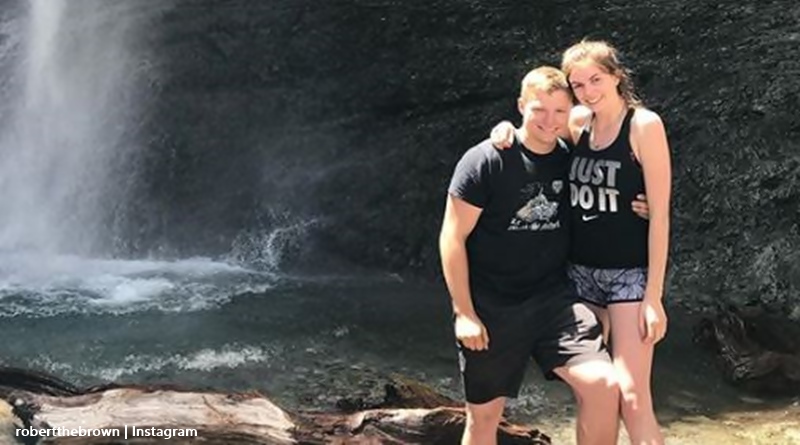 Sister Wives followers know that Robert Garrison Brown, the son of Janelle and Kody Brown started dating a new girl in May. Back then, TV Shows Ace reported on that. We noted, “Garrison, who prefers his real name Robert, took to his Instagram on May 5 to post a photo of him and his girlfriend, Kylie Marshall.” Now, Janelle Brown reposted a new photo of them together. In the pic, Robert looks very handsome in his National Guard Uniform.

In the first photo that we saw, Robert’s ‘other’ mom Christine Brown make a snarky comment. She said, “Can’t wait to meet her!! Awkward posting a photo of your GF without me meeting her!!” But, Garrison assured his followers she just joked in her dry and sarcastic way. At the time, the couple relaxed together in Disneyland. In fact, Kylie made some nice comments about how she enjoyed the place with the Sister Wives son

Popculture noted that “Not too much is known about Robert’s relationship with Marshall.” But, we can see on Kylie’s IG page that she’s fairly quiet abut Robert. A day ago, she shared some photos of her and Robert together. This photo showed she looks very much like a young Sophia Loren. Robert looked even more handsome if that’s possible. She captioned the pics with, “had the best night w you ❤️.” On her IG, Paedon, Aspyn, and Robert like her pics often, so she’s obviously close to the Sister Wives clan.

The photos that Janelle shared from Robert’s Instagram originally said, “Look at this hottie of mine.” One follower, @hopefulone11 said, “@robertthebrown, very ‘officer & a gentleman’ of you. There’s nothing quite like a sharp looking man with a good work ethic, kind heart, and strong backbone. That just has to attract an equally sharp looking, kind hearted, independent partner.” Aww, that’s nice.

On Janelle’s Instagram, the proud Sister Wives mom captioned the repost with, “Just look at this boy of mine 😍.” Mom’s proud as Punch by the sound of it. Many of her followers congratulated her and her son Robert. One fan said to her, “Very handsome young man you have there.” Meanwhile, another follower noted, “He looks very handsome in his uniform. So must be so proud 😊.” Others noted that Robert looks a lot like his dad Kody Brown. And that neat haircut…take a lesson there dad Brown.

Apart from the fact that Kylie enjoys travel and lives in Vegas, little else is known about her. Do you know Kylie Marshall? Can you share more information about her and Robert Garrison Brown? Let us know in the comments below.