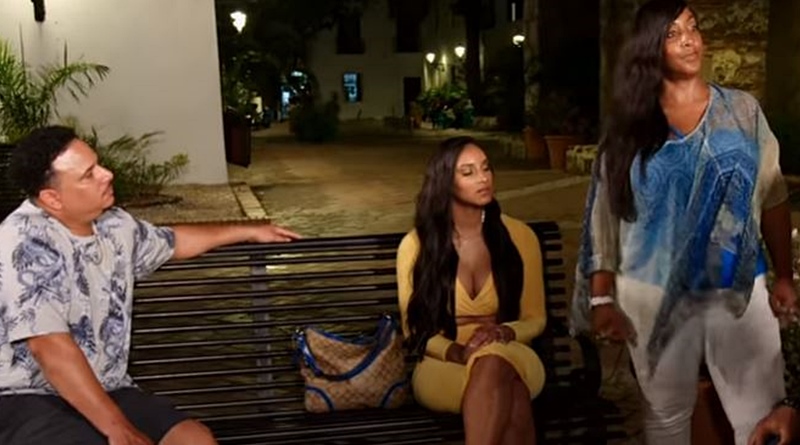 The Family Chantel was born out of 90 Day Fiance. However, not everyone danced for joy over the spinoff that features Chantel, Pedro, and their manic families. However, lots of TLC fans loved the mega-drama of it all. Now, with the final episode airing this week, they wonder if TLC plans to renew the show with another season. Well, since mid-august, the show enjoyed reasonable ratings, but it never really peaked above Before the 90 Days current performance, or the popular The Other Way. And, it’s all about ratings for the network.

The Family Chantel enabled bad behavior, is this what we want on television?

TLC’s still making much of the hype around the two dysfunctional families. But, there’s an aspect that rewards bad behavior. And, some people aren’t too sure we want to see that on television. In fact, TV Over Mind had a lot to say about the show in this regard. Writer Allen Lee noted, “The Family Chantel is very much a part of [the bad reality tv] problem.” He also noted that people who participate in the show, tend to “create drama” for their ratings. And that brings about bad behavior that actually gets enabled by the network.

Nevertheless, plenty of The Family Chantel fans can’t get enough of it. Although WWE Raw, 90 Day Fiance: The Other Way, and Before The 90 Days, usually do better on the ratings, the numbers seem reasonably good. TV By The Numbers noted in August, that “The Family Chantel” on TLC led a diverse pack of recurring 0.4’s. Among their number was “Teen Mom” on MTV, “Girls’ Cruise” on VH1, and “American Dad” on TBS.” But that week, their demographics showed The Other Way at 0.6 in the 19-40 ratings, and Chantel at 0.4.

Fans divided over the show, will it get renewed after the final episode?

This particular spinoff brought so much drama, sometimes it went over the top. And, while fans enjoy drama, it can also annoy many people. On Twitter, so many viewers of The Family Chantel simply hate it. After all, each episode brings much more the same. Pedro does something wrong. He and Chantel argue about it eternally and the respective families indulge in outrageous behavior. How much of that can anyone watch for months on end? And, then beg for more?

On Twitter, as the season nears its end,@megsvehla mentioned, “Raise your hand if you think the Family Chantel and the Family Pedro are never gonna work things out #TheFamilyChantel?” Well, that’s a valid point. People grow weary with it all. @ItsSpelledSEAN echoes many other opinions with his tweet: “Chantel’s family is so full of sh*t. Yall sound like privileged spoiled *ss Americans acting like Pedro’s family is going chop them up in the DR with all them d*mn cameras around… both sides of the family are trifling, really.”

So far, TLC made no mention of a second season for the show. Sometimes, all it takes though is one really good hit on a reunion or a final episode to flip their decision on a renewal. Will you tune in to watch the finale? Or, do you hope its the swansong of this TLC show? Sound off your opinion in the comments below.