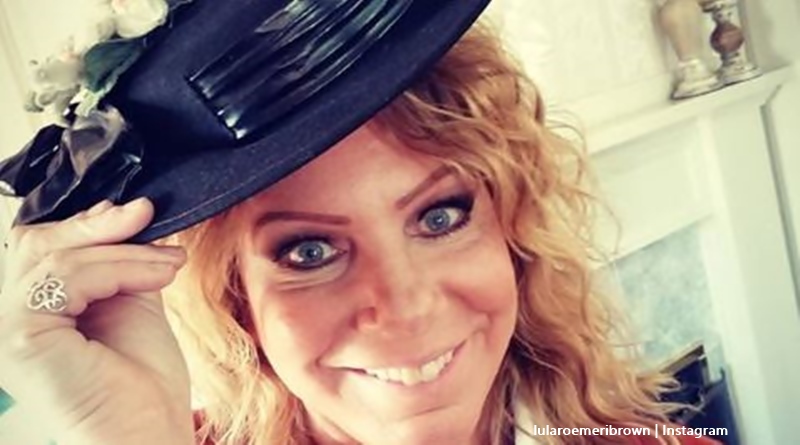 Sister Wives fans like that even when nothing much happens in their lives, Janelle Brown, Meri, and Christine still stay in touch via IG. Right now, TV Shows Ace noted that “Robyn seems to have lost her keyboard skills and her voice entirely.” Maybe she can’t be bothered with fans outside the season. But, it seems no matter what the others post, people like to engage. Australian heatwaves to sanitary liner decorations and musical shows get thrown out there. It seems their pages bring some light entertainment to lazy weekends.

Most Americans heard of the long-running TLC show at some stage or another. And those who became fans, check in with the women often. These days, Meri’s daughter Mariah gets quite active online as well. We even hear a bit more from Mykelti. Meanwhile, Aspyn’s there as well, but mainly doing a lot of promos. Nevertheless, it’s the parents that people like to chat with. Somehow, for many fans, each one seems representative of “mom.” It seems like everyone feels happy just chatting away on their pages. Well, except for mega-boring questions about whether Meri’s still with Kody or not, anyway.

Recent posts by Christine, Meri, and Janelle are not anything spectacularly interesting, but Sister Wives‘ fans go there anyway. Meri Brown posted a photo of one of the old hats made by her ancestor. Down at her Lizzies’ Heritage Inn in Palawan, Utah, her post started a conversation about Mary Poppins, the musical. And yes, we all found out that the show played in someone’s hometown in Germany a few years ago.  Mind you, then Meri’s page got spammed by bitcoin traders. But, it’s an example of light conversations on a lazy weekend.

Grandma Lizzie (pictured behind me) was a milliner. How fun that we still have this hat she made up on display at the B&B! 😊 I guess my love of hats must have come from her! 👒🎩🧢 #LivingMyWhy #BecauseICan #BusinessOwner #BusinessWoman #BossLady #FollowingMyDreams #LuLaRoeValentina #LuLaRoeLucille @lizzies_heritage_inn

Christine’s fans on IG will probably remember her forever for her “Caaaaaarrrrr confessions” shoutouts. But sometimes she posts the funniest things. She shared a picture of fall coming up, reminding us all Thanksgivings not that far away, already. The bright decoration started a discussion about sanitary liners. As @l.b.r.32 noted, laughing – “I actually love this decoration but is it bad to say I also think it looks like a massive sanitary liner decorated to look like a turkey?!?! 😂🙈🦃” Others responded with giggles and funny face emoji’s. Nevertheless, some fans asked the Sister Wives star where they could buy them online.

Over on Janelle’s IG this past Friday, she shared, “Had to go to Phoenix today. What a temperature difference between the valley and the mountain. To be fair our afternoon rain had rolled in a shaved a few degrees off the Flagstaff weather.” Some people got down into the details of how to read the interior temperatures of a car. But, it’s also sad, if interesting, to learn about the terrible heatwave in Australia. One fan wrote, “@debkelly13358, wrote “I live in Australia. We haven’t had decent rains for this year’s harvest. It will be dire for many more if it doesn’t rain. So sad. A lot of farmers won’t get anything and have to sell up😢.” That sparked some chatter about climate change.

Time to decorate for Fall!! It’s the season to really focus on being grateful and remembering how blessed I am to have this amazing life!!#nevertooearlytodecorateforfall #decorations #falldecor #grateful #falldecorismyfavorite

So, if you’re enjoying a lazy weekend and feel the need for some idle chatter, the IG pages of Kody Brown’s wives is a good place to pop in and follow the daily lives of your favorite TV star. What do you think about the chatter and debates that arise on their pages? Do you enjoy dropping in now and then? Are you looking forward to a new season of the show? Sound off your thoughts in the comments below.

Remember to check back with TV Shows Ace often for more news about SisterWives.