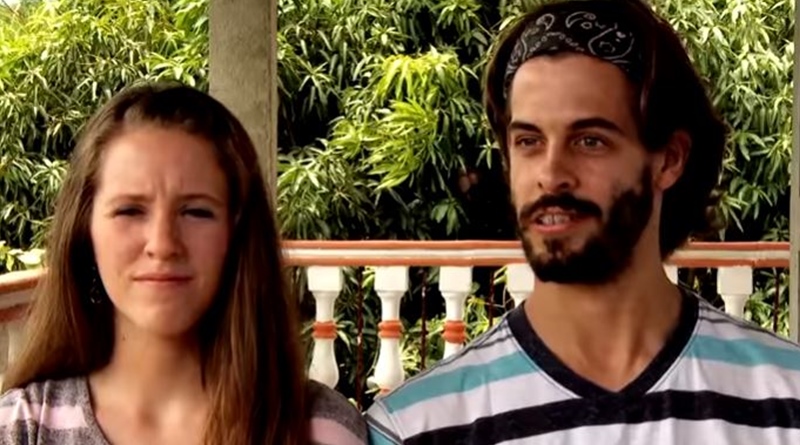 Counting On followers still mull over the way Derick Dillard and Jill Duggar left the TLC show. He always denied he got fired for his transphobic comments about Jazz Jennings. Jazz is the young woman who TLC documented as she physically transitioned from a male to a female body.

Now, Derrick claimed they left because missionary work was their priority. Going further, he suggests TLC tried to stop him from doing it and the contract was restrictive.

Counting On dropped Derick Dillard back in 2017

Derick Dillard’s always been known for his strong faith. Ever since we first saw him on the show, he stood by the bible literally. And, he’s not scared to say what he wants to about the “good book.” He seems to believe that in the eyes of God, his condemnation of others in the TLC franchise is justified. That brought him loads of haters. In fact, it’s a wonder that the TLC producers never anticipated his reaction to I am Jazz.

In 2017, TLC issued their statement. It never said he was fired from the show, but the message came over clearly.

They wrote, “We want to let our viewers know that Derick Dillard has not participated in Counting On for months and the network has no plans to feature him in the future. We want to reiterate that Derick’s personal statements do not reflect the views of the network. TLC is proud to share the story of Jazz Jennings and her family and will continue to do so.”

Derrick stands by not being fired, claims restrictive contract on missionary work

Now, Derrick brought up the issue of being fired with a follower on his Twitter. After speaking about it with @Pickles4Truth the ex-Counting On star deleted the posts. However, that follower shared screencaps to their FaceBook page. In the string of now-deleted tweets he claimed: “TLC wouldn’t release us from a bogus contract that we weren’t even aware of.”

Well, Pickles4Truth fired back saying: “You quit missionary work because of TLC? I’m not following your train of thought.”

They then noted that: “Any ‘bogus contract’ you had was worked out between TLC and Jim Bob. You might want to talk to your father-in-law if you feel you were screwed.”

In response Derick said: “What do you mean you don’t follow? It makes perfect sense considering the fact [that’s] why we quit filming – TLC kept trying to keep us from missionary work.”

You deleted mine and your comments about TLC and the bogus contract? Why? I'm glad I took screenshots. You can find them on my FB page, https://t.co/f544tY1paq

Tweets deleted, maybe Jim Bob Duggar told Derick to get rid of them

Those tweets probably sat badly with Jim Bob Duggar. After all, he probably never wanted people peeping too closely into any contract he has with TLC. Counting On brings a hefty annual income to the family. So, certainly, he wouldn’t want a public squabble about Derick’s contract arrangements.

But, what’s a bit more interesting, is why Derick never returned to missionary work? After, all since he left the show, he certainly seems headed in a completely different direction.

What do you think about Derick Dillard’s claims that TLC had a restrictive contract so he couldn’t do missionary work? Do you think maybe Jim Bob had something to do with that? Sound off your thoughts in the comments below.