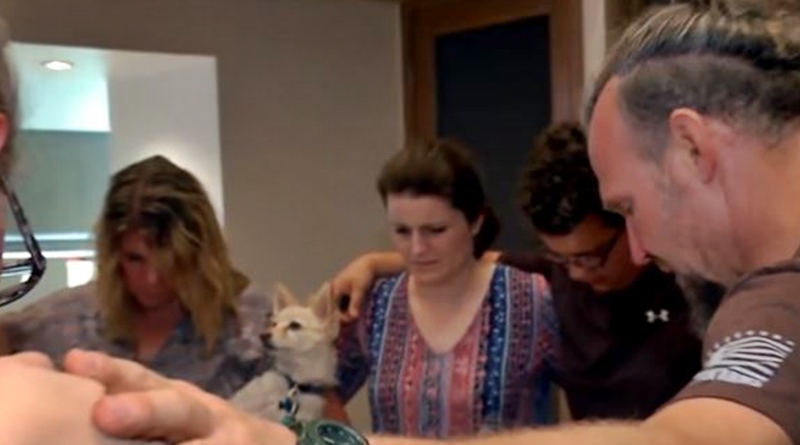 Sister Wives fans hope for another season of the TLC show. But, the entire family’s unusually quite at the moment. There’s not much coming out of Christine, and her daughter, Aspyn mostly posts promo stuff for her new workplace on social media. Kody’s silent, Janelle celebrates her daughter Maddie Brown Bush’s new baby. Robyn seems to have lost her keyboard skills and her voice entirely. In fact, if it was not for Meri Brown, they may as well have disappeared off the planet.

At the end of the last season of the show, we knew Kody had some impressive plans for a giant house. We also know that his four wives generally hate the idea of living under one roof. We also reported that they bought some property in Flagstaff, but it appears undeveloped. Then, news came of some financial hardship and back taxes owed on the property. Plus, they still need to sell one more of the Las Vegas homes. So, possibly, finances held up the development on the land. Fans hope a new season brings more about that.

But, fans grow a bit weary of waiting for an announcement. So far, TLC never mentioned any official new season. The only hope fans have to go on is that Mariah Brown was rumored to have the Sister Wives film crew hanging around in Chicago.

Other outlets noted the film crew may have been with the family on their Disney trip earlier this year. Plus, TV Shows Ace reported that a “major hint” on a new season of Sister Wives came when someone spoke to Gwendlyn Brown on IG.

They asked: “Are you guys doing another season? If you can say.” Gwenlyn said she’s not not clear on what she is and isn’t allowed to say, but she did also drop a hint leaning toward a “yes.”

The Hollywood Gossip and other outlets like Radar Online sniffed around Flagstaff a bit in search of news. Radar Online noted, “Robyn rented a massive 5-6 bedroom home when the family moved to Flagstaff, Arizona.” But, they added that the home was since sold in August. So, it’s not clear where Robyn’s living right now.

Now, THG also speculated on that, as they cited a source who said that trucks were hanging out on the Flagstaff property of the Sister Wives patriarch. They thought that perhaps the trucks contained Robyn’s belongings. But, they also theorized it could indicate a film crew’s moving in.

Well, if it is a film crew from TLC, news confirming that should emerge quite quickly. On social media, not all of Flagstaff’s thrilled about them filming in their quiet town.

As @rocko611 noted in a Twitter post: “Brown family meet the Gladys Kravitz of #flagstaff you guys should fit right in. NOT. #sisterwives.”

One person, @MaddysMom4209, noted: “I’m already picturing the moment Kody starts lecturing the neighbors about plural marriage and his ‘rights’ and one of the male neighbors busts him in the mouth.”

Brown family meet the Gladys Kravitz of #flagstaff you guys should fit right in. NOT. #sisterwives pic.twitter.com/KQKmyuHD6s

What do you think about TLC and Kody Brown’s family being so quiet about any upcoming season of the show? Do you think the truck might indicate a film crew’s on its way? Or, maybe they just contain some building materials so they can start construction. Sound off your thoughts in the comments below.
Remember to check back with TV Shows Ace often for more news about Sister Wives.