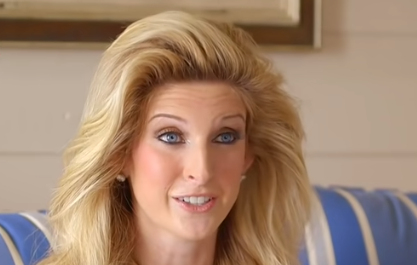 Lindsie Chrisley has been through a lot in the past couple of months. Now she says her relationship with her husband is healing after a lot of nasty rumors came out. It is hard enough to keep a marriage conflict free without one of the partners being accused of cheating. It’s even worse when the people saying this to the public, are your family.

That’s what Lindsie Chrisley and her husband were dealing with when Todd said he’d been covering up his daughter’s affairs. He alleged she not only cheated with one former Bachelor star, but two.

What Has Lindsie Chrisley Says Her Family Has Done

The former reality star and her husband just want to move on despite the media firestorm they’ve been facing. Todd Chrisley said he’d been covering up his daughter’s affairs since 2016. He claimed she slept with Josh Murray and Robby Hayes of the bachelor. This could have been in retaliation that Lindsie Chrisley’s lawyer said they would fully cooperate in the investigation of her father’s finances.

Lindsie Chrisley also had to deal with her family saying they had a sex tape they’d exploit if she didn’t lie about some incident. Chase Chrisley reportedly let her know he’d bought a s*x tape and would share it if she didn’t do what they wanted.

The speculation had been the incident was the tax evasion and financial accusations they’re now facing. The sex tape in question was revealed to be an accident and just something caught on a friend’s puppy cam. On top of dealing with the rumors in the media, her family continued to say she was lying including her half siblings Chase and Savannah Chrisley. Needless to say they add fuel to an already burning inferno.

Crystals Are Helping With The Healing

When talking about how they’re handling the rumors the couple said they actually have rediscovered crystals according to Screen Rant. Lindsie Chrisley said they’ve brought good energy into their marriage which they desperately needed. After hearing those things Lindsie’s husband Will Campbell needed something to help them cope.
Lindsie was reportedly working on an episode of her podcast that dealt with crystals. When she texted pictures of the crystals to her husband he asked her what they were for. She said they were for healing old wounds and moving on from the past. He supported that and the two of them believe in the healing energy more than ever.