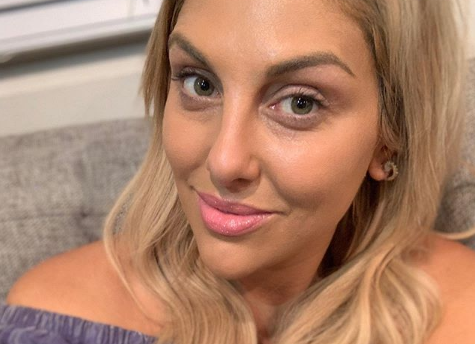 RHOC star Gina Kirschenheiter hasn’t been having a great year. Now her estranged husband has reportedly been hit with two big charges. Throughout the divorce proceedings between the two, fans have learned about Matt attacking Gina. They’ve also learned an affair had a lot to do with their marriage failing.

Matt Kirschenheiter was charged officially by the OC District Attorney’s Office with domestic violence and false imprisonment according to People. The relationship became violent after Gina said Matt had an affair. She still tried to reconcile with her estranged husband for the sake of their children, but things got worse.

#ThrowbackThursday to last years @bravowwhl! 🍊I’m so excited to get back to the clubhouse and hangout with @bravoandy #RHOC #WWHL

Gina Kirschenheiter Had No Comment About Her Ex Getting Arrested?

When People reached put to Gina Kirscheheiter for a comment the reality star had none. Gina had a restraining order put into place after the alleged attack.

The incident took place after a fight when Matt showed up unannounced and threatened to kill her before choking Gina and dragging her on the ground. The police came and arrested Matt. Gina said she talked to him before they took him in and after he’d been at the jail. She stated each time, ” he was still very angry and blamed her for getting him arrested,”  Alledgedly after the incident Matt also lost his job. The court documents say Matt allegedly, “inflicted corporal injury resulting in a traumatic condition”

Now Matt will have to defend himself against two felony charges according to Perez Hilton. False imprisonment has now been added to the original domestic violence charge because he wouldn’t let the reality star leave.

The two were together eleven years and married for eight. They share three children who were in the house when the incident took place. The couple has been fighting over their divorce and are due back in court on October 10th. Matt tried to get out of paying spousal support and revealed the salary Gina Kirschenheiter makes from housewives. Now with the official charge it’s possible the specifics of that fight may change. Hopefully the two can come to an agreement whether Matt serves time or not for the sake of their children.