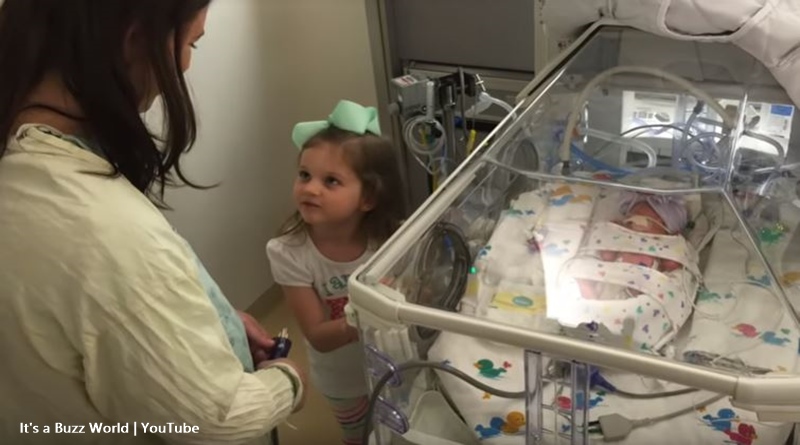 OutDaughtered fans know that Adam and Danielle Busby’s quints got delivered by C-Section in April 2015. TLC reminded us they arrived at 28-weeks-old. After that, they spent several months in the Neonatal Intensive Care (NICU). The couple often helps to raise awareness and funds for NICU. However, in her recent IG Story, Danielle grew tearful and invited fans on a walk back.

It’s been years of concern and fun for both Adam, Danielle, and their fans as they navigated their way through raising quints. Plus, they do a fine job recognizing elder sister Louise Blayke for her contribution to the family. Romper reminded us a month ago that in OutDaughtered Season 5, Danielle and the quints designed their own Tee-shirts to help raise funds for NICU. Now, with September being NICU Awareness Month, Danielle shared an emotional post on her IG Stories.

In the post, Danielle warned fans she felt a bit emotional. She said, “Boy, it gets me. Just remembering those days.” She added that she’s “not an emotional person, but she “cries when [she] remembers those days.” So she wanted to share some flashbacks of “what those days were like.” She redirected us to one of her original posts on the It’s A Buzz World Channel on YouTube. And, going back to that video from 2015, it’s even more of a tear-jerker now. After all, we know the kids a whole, lot better now.

Tearful Danielle Bubsy, fans can relate as they watch the walk back video

I don’t know when you last watched the earliest clips on the It’s A Buzz World Channel. However, as we now see each personality developing, it’s a very interesting and emotional clip to watch. It opened with Adam talking about how the quints were born on Wednesday, (four days previously). Already, at four days old, the kids showed their different personalities. So tiny, and so worrying for them, some of the babies suffered from respiratory problems.

Fans of OutDaughtered recall that recently, Danielle and Adam shared that Riley’s already going to kindergarten. The bright little girl, at just days old, exhibited her own personality in NICU. As Danielle related in 2015, “Riley was always the feisty one. All over in my belly, always kicking, always like punching around.” After the birth, she was still “typically that way.” it seems Riley was off to a good start and wanted to grab life with both of those flailing little hands.  You can watch the video below, to remember how the girls grew and how they first presented themselves back then.

What did you think of a tearful Danielle Busby sharing the old walk back, flashback video of the quints from their days in NICU? Did you find it interesting and emotional to revisit the old story? Sound off your thoughts in the comments below.