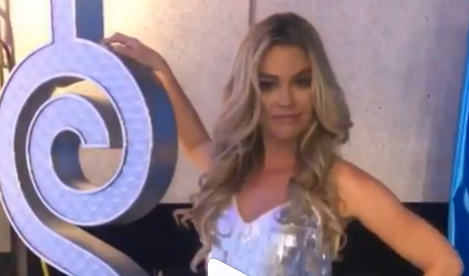 Charlie Sheen is not “winning” when it comes to paying child support. According to US Weekly, Denise Richards of RHOBH has asked a judge to force him to pay it.

The exes have two children, Lola who is fourteen and Sam who is fifteen. Sheen reportedly spent over $24,000,000 from the sale in his interest in Two and a Half Men. He’s used the money to pay off personal debt and live quite well instead of paying for his children.

Denise Richards Wants Her Money For The Children They Share

The court documents say Charlie allegedly moved money and gave it to adult family members to get cash back. He’s used that to support his lifestyle. Of Denise Richards, he said, “her legal posse only traffics in fiction. My day in court is painfully overdue. She is behaving like a coward and the truth will prevail.”

This has some fans scratching their heads. What could he be talking about? The court documents show Charlie had asked to lower the child support he paid to Denise Richards. He also wanted to pay less to Brooke Mueller who he fathered twin sons with.

Last year he said, “I have been unable to find steady work, and have been blacklisted from many aspects of the entertainment industry. All of this has resulted in a significant reduction in my earnings.”

The Reality Star Said Her Ex Wanted To Bleed Her Dry

Denise recently said in an interview when she did the show for E, Denise Richards; It’s Complicated, it was because she had to because she had too many legal bills from the divorce. She claimed Charlie wanted to bleed her dry and he pretty much succeeded. It doesn’t seem unreasonable for Denise to want the money he owes her, especially if he could have paid it from the proceeds of his television show and just didn’t.

The two divorced in 2006 after attempting to save their relationship and failing. Denise has since remarried and talked favorably about her new husband on the show. Fans know more about his appendage then anyone ought to. Over time the two have battled about money and taken digs at each other according to Hollywood Life. There was even that one time, Denise said Charlie evicted her and their children. However, lately things seemed fine until Denise talked about him putting her in a financial bind on a podcast interview.