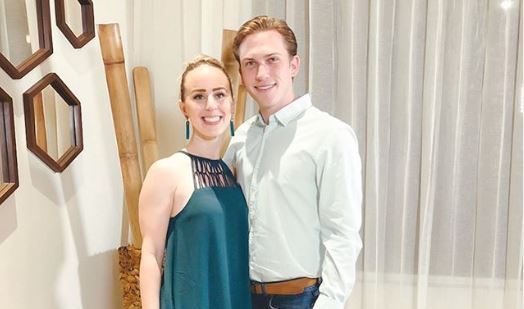 The Couples Couch viewing veterans for Married at First Sight Season 9 got more vocal this week, on September 5, and for good reason.  Anthony D’Amico and Ashley Petta, Jamie Otis and Doug Hehner, Bobby Dodd and Danielle Bergman, and Keith Dewar and Kristine Killingsworth had a mouth full to say about this week’s Married at First Sight episode, “She Loves Me, She Loves Me Not.”  The Couples Couch pairs are finally learning to lean back and let their opinions flow, and there was plenty to say as Decision Day looms for the season’s pairs looking for forever love.

Not sure what to make of Mario

Straight out of the gate, all of the Couples Couch gang were bemused about Jamie Thompson turning to Elizabeth Bice’s closest friend, Mario, for insight.  It makes perfect sense for the woman so close to her father to turn to a male as a close friend.  Elizabeth never goes by the book, and Jamie knows that Mario “has seen her at her best and seen her at her worst,” so who could be better at giving counsel.

The unusual friendship sparked debate, and even more comments came with Jamie’s very personal revelations. He had no problem in relating their bedroom conversations in referring to their frequent arguments over intimacy.  Keith suggested to Kristine that he wouldn’t mind if she borrowed some of Elizabeth’s praise for her husband’s anatomy, and giggles ensued.  Every girl needs a friend with perspective like Mario, and Elizabeth’s mom isn’t so bad, either.

A little later, Anthony could see what was coming when Jamie’s timing was totally wrong for commentary on his wife’s sensuality over dinner.  Elizabeth was gushing with gratitude, thanking Jamie for being the person she needed in their marriage experiment.  He could not stop themselves from playing therapist, and the Couples Couch gang were pleading from their pillows for him to let it go.  “Don’t bring that up!” exclaimed Anthony.  Kristine commented: “When they’re cute, they’re really cute.” Hopefully, they can consider that aspect as they contemplate Decision Day.

Not much mercy for Matt

The backtalk was near nonstop when Matt Gwynne met with his best friend, Devon, to talk about his Decision Day situation.  Ashley, Danielle, and Kristine openly questioned the judgment of someone who shared the nights away from home as being in a position for advice.  Danielle particularly gave Matt no quarter.   Kristine initially gave Matt credit for “focusing on the good” in his relationship with Amber Bowles, but goodwill went straight out the window after Raven’s painful revelation to Amber.

Jamie Otis and Kristine see obvious signs that Raven cares for Amber.  When she melted into tears after hearing that her best friend saw her husband in a bar with another girl, who was no stranger, the wives were waiting for Raven to jump in with comfort.  It could be that this Married at First Sight bride is not able to see their friendship as something deeper.  At any rate, Danielle declared that “At least he told her now, so she can leave on Decision Day.”  Bobby Dodd was more direct about Matt, rhetorically asking: “Couldn’t he keep it zipped for eight weeks?”

When it’s only 30 minutes into #MarriedAtFirstSight and you realized you’ve eaten an entire bowl of popcorn to yourself and didn’t offer any to anyone in the room. 🙃🍿 pic.twitter.com/2JABqSRitd

When it came to the one and only virgin bride thus far on Married at First Sight, Iris Caldwell, Bobby Dodd had good things to say about her marriage.  After hubby, Keith Manley, had a talk with his mom and a night spent alone that made him realize that he has a lot more in common with his bride than the “obstacle” of one unique status, Dodd declared: “They’re going to stay together.”

Every couple loved the way that Keith reminded his wife that “you’re just walking me out the door” when she said “I feel like I’m sending you away…”  Iris got the goodbye kisses just right, too.  Anthony teased that Iris “needs to run down the hall, jump on him, and make out!”  Alas, no such excitement ensued, but hopefully that fantasy may be granted after Decision Day.

All of the successful matches of Couples Couch are pulling for Greg and Deonna, but they were dismayed by her reluctance to even hint to her husband that she was moving closer to love. Each pair proclaimed her love from their individual couch.  In a preview clip of next week’s Married at First Sight culmination, Greg announces his decision to stay married.  Fans will have to wait until next Wednesday to know Deonna’s ultimate decision.