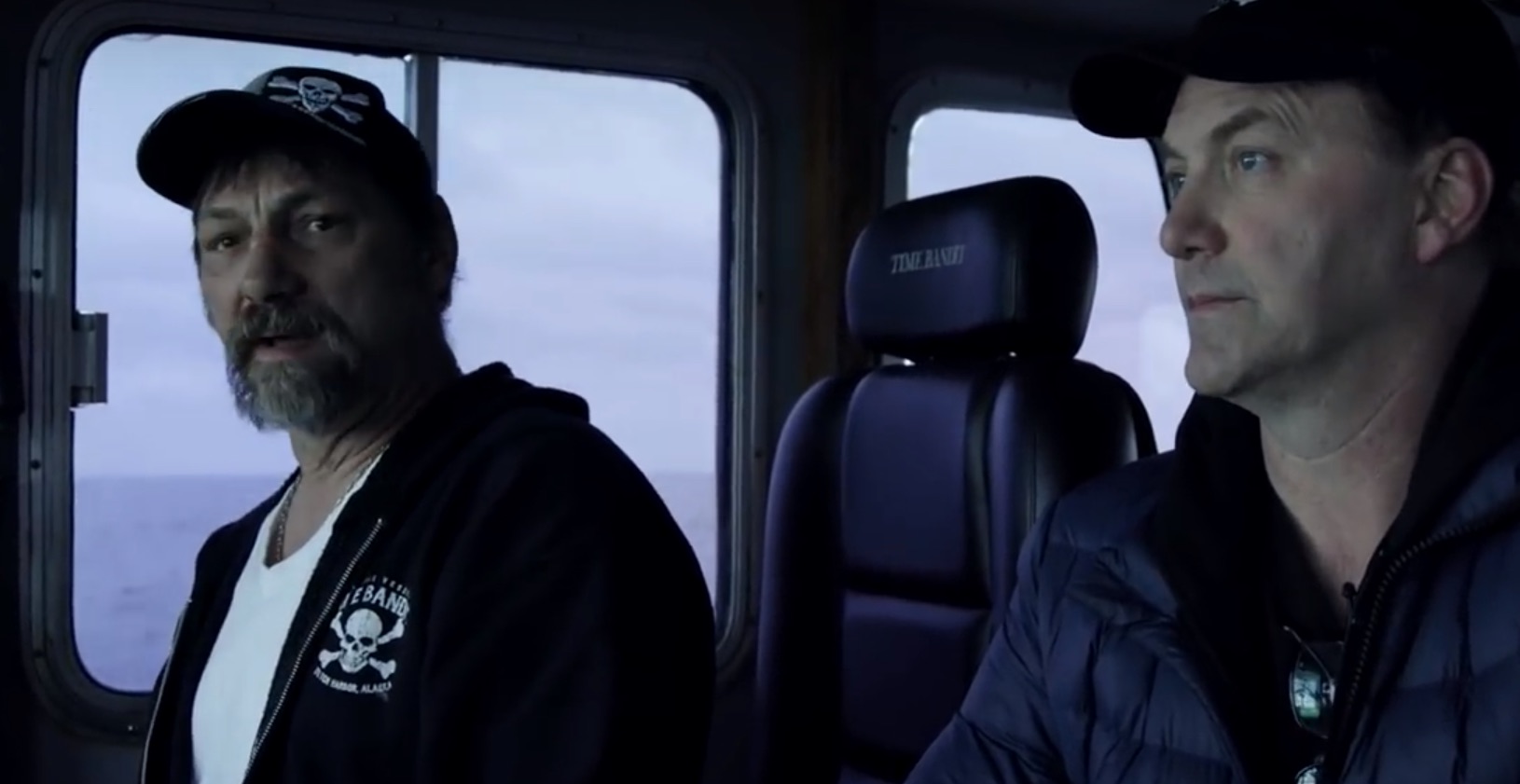 Deadliest Catch fans may be wondering where the Time Bandit has been Season 15 of the Discovery show. On Wednesday, there was a new report that the Hillstrands lowered the price of the crab boat and updated the exterior. Is the Time Bandit no more?

.@DeadliestCatch viewers have been wondering what happened to the Time Machine. Here's what you need to know #DeadliestCatchhttps://t.co/qAetYTpFu8

What Happened To The Time Bandit?

First of all, on September 8, 2018, the Time Bandit captain went to social media to tell fans that the engine “blew up.” Hillstrand also shared that there was no agreement with Discovery, thus, no cameras on board. This was especially distressing as on August 30, Deadliest Catch executive producer Decker Watson had shared that it looked as though Captain John and Time Bandit would return.

A month later, the news got even worse for Time Bandit fans. Captain John shared that for the first time in 38 years, he was missing King Crab season. The engine problem appeared to be massive in order to miss such an important marker.

For all who are asking what our plans are for the season. We will be fishing as soon as the engine is back on the boat. As of today, we don’t have an agreement to have cameras on the boat. So it doesn’t look like we will be back on the show! #deadliestcatch

Next big news on the Hillstrands was in March 2019, when it was reported that the Deadliest Catch stars put the Time Bandit up for sale. They had listed the fishing boat with Dock Street Brokers for $2,888,888.

On Wednesday, Monsters & Critics’ April Neale reported that the Time Bandit has had a facelift and a drop in price. The Hillstrand’s 113-foot crab boat is now $2,250,000. Viewing photos on the Dock Street Boaters site, the crab boat itself is unrecognizable. The body of the boat is no longer the menacing black. It is now a deep red. The name “Time Bandit” is no longer emblazoned across the bow.

If anyone doubts that the Hillstrands are done fishing, this is the definitive answer. The Time Bandit is no more.

Neal Hillstrand, who recently joined Jake Anderson on the Saga to repair their engines, recently was divorced. His now ex-wife was to receive $10,000 on the sale of the vessel. That does not seem like a financial reason to sell the boat.

They were throwing out Hillstrand brand fireworks when one exploded in Beaver’s hand. After many surgeries, he was able to still use his hand, but he had to discontinue fishing. He sued the Hillstrands and was awarded $2.7 million. But, the judge halved that, as he said that half of the blame is on him. It is not clear if the boat’s insurance will cover this, or if selling the Time Bandit will fulfill their legal obligation. Whatever the case, the Hillstrands are no longer a fishing family and the Time Bandit is just a memory.

Have you seen the remodeled photos from the Time Bandit? Deadliest Catch fans, is this heartbreaking to see the name of the boat painted over? Share your comments and check back with TV Shows Ace on the latest Deadliest Catch news.

Wait What? Tahzjuan Hawkins Shares Group Text With Tre And Uncle
Was Kim Kardashian Really Under That Mask? Some Don’t Think So
Could There Be A Baby Number 4 For Jade Roper & Tanner Tolbert?
Riley Christian Shares If He’s Spoken To Brendan Morais Since ‘BIP’
‘My 600-Lb. Life’ Season 10 Release Date Confirmed: Sooner Than Expected