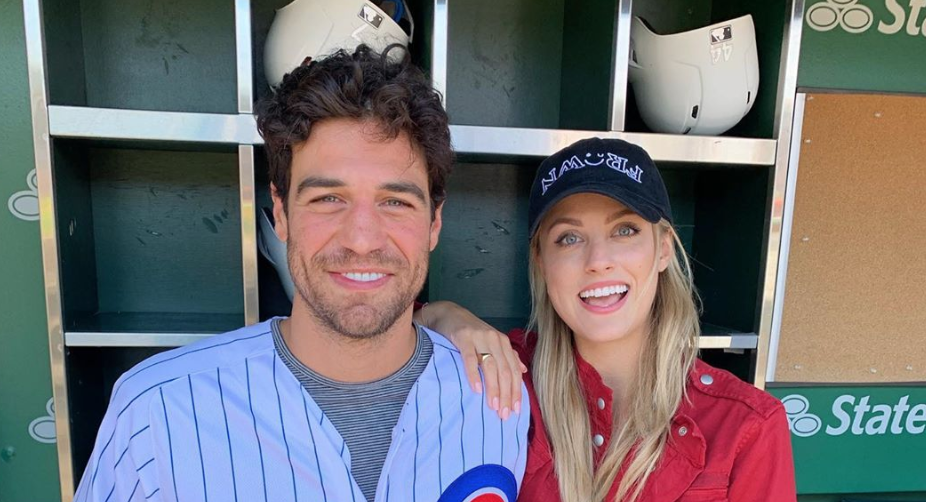 Does anyone get off The Bachelorette or The Bachelor and not go on to Dancing with the Stars? Apparenlty not. After her season of being The Bachelorette, Hannah Brown is trying out her dancing shoes on the new DWTS season. Bachelorette alum, Joe Amabile (Grocery Store Joe) is weighing in on the subject.

First things first, Joe is CONVINCED Bachelorette Hannah will win DWTS this year. How cute is that support? Gotta love Bachelor nation and the love they have for each other.

“I’m going to say right now, I think she’s going to win,” he said according to People. “I really do. You heard it here first!”

Joe probably would know who is going to win. After all, he and his partner Jenna Johnson made it all the way to the semifinals. He may know a good dancer when he sees one. Not to mention, Hannah pretty much has the personality of a good dancer. Or the personality to at least be able to fake it.

Overall, he really wants Hannah to just enjoy her time on the show. She has so much drama going on all the time after her season of The Bachelorette. DWTS will be a good time for her to just have fun doing something new and exciting.

He also notes Hannah shouldn’t let her nervousness get in the way. No matter how confident Hannah acts she has made it clear she gets nervous. It would be so sad if her time was ruined because she was too busy freaking out.

“Just have fun and enjoy every moment, because it’s such a terrific experience,” Joe said. “It’s surreal. You’re going to be nervous, just don’t let your nerves ruin the fun element of it.”

When she talks about the show though, she doesn’t sound all that nervous yet. It sounds like she honestly just wants to win. She did do pageants when she was younger so she has a competition queen inside of her. maybe this will be Hannah Beast 2.0.

“Of course I want to win. You don’t compete in something if that’s not your goal, you should always want to succeed,” Hannah said. “But I just want to continue getting better and better each week and have that competition for myself, not with the other contestants.”

Are you excited to see Hannah on DWTS? Do you agree with Joe on the fact that Hannah might really win it all? Let us know what you think in the comment section below!