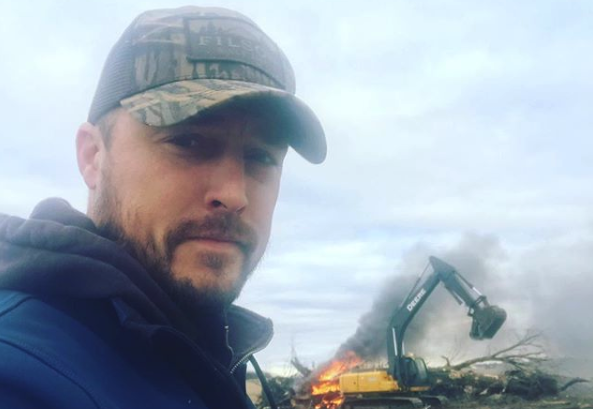 Chris Soules is opening up about his tragic accident that was two and a half years ago. The Bachelor star is serving a two-year probation due to his involvement in a fatal accident.

The Bachelor Alum Gets Candid

Now, Chris is opening up about how tragic the accident really was and going into more detail on that sad day according to Yahoo. When the accident first happened, A lot of accusations were floating around Chris. Some people blame intoxication for the accident. However, Chris finds these comments hurtful because they aren’t true.

It turns out he really did work to save Kenny’s life. He called 911 after the accident and they told him to begin doing CPR. However, Kenny started coughing up blood. That’s when Chris says he realized then that he wasn’t helping.

“I was giving chest compressions and continued to do CPR until eventually, I spat out [Mosher’s] blood,” he said. “He coughed up blood in my mouth. At that point I thought it didn’t seem to be doing a lot of good. I was scared. And I remember thinking he might not make it.”

What Happened To Chris Next?

Unfortunately, after trying to save Kenny Mosher’s life, Chris left the scene of the accident.

Apparently, Chris got into a truck that came to the scene of the accident and drove home. Chris says he didn’t realize that that was a crime and grounds for arrest. However, they were and Chris got served two years of probation. He also had to wear an ankle bracelet and abide by a curfew.

In addition, being so isolated was rough on his mental health. He admitted to even considering how much easier it would be “on the other side.”

“I saw some dark times,” he said. “I’m in the middle of nowhere as it is and I was even deeper in the isolation and the guilt. I thought many times that it would have been easier on the other side.”

As a result, the experiences that day changed Chris he says.

“There is not a day that goes by that I don’t wish I could have done more or change the outcome of what happened,. My outlook on life has changed forever.”

What do you think of the whole situation? Are you glad Chris got so candid?

Let us know what you think of the situation in the comments below. Stay tuned for more news on all of your favorite celebrities on TV Shows Ace.