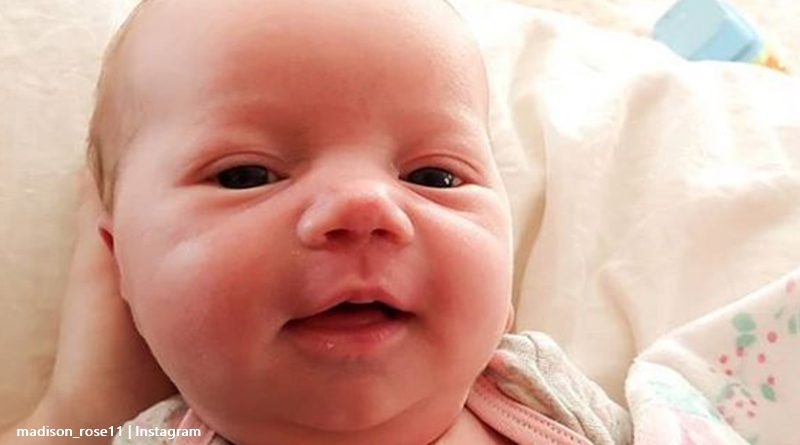 Sister Wives fans began to think Maddie Brush’s baby would never arrive. However, their new daughter Evangalynn Kodi Brush arrived about ten days ago. Of course, Maddie’s sharing pics of their newborn baby on her Instagram. But one that she described as her “whole heart” got fans gushing more than usual.

Caleb and Maddie Brown Brush already welcomed the first grandson into the Kody Brown family. Her parents, Janelle and Kody were besotted with the little fellow. Now, with their second grandchild, it’s no wonder her parents were delighted when Evangalynn arrived. And, Maddie and Caleb, and even little Axel seem besotted with the new addition the family. She’s a pretty little kid, no squished up face for this tiny baby.

Taking to her Instagram a few days back, Maddie posted up a beautiful shot of Caleb, her new baby, and Axel. Apart from the cuteness of the baby, Axel’s really sweet as well. Caleb’s face manages to show his deep appreciation. This lovely family portrait doesn’t feature the Sister Wives daughter. That’s a pity, as Maddie in the picture as well would totally complete something special. Nevertheless, fans got to gushing about it.

Fans gush over the beautiful photo shared by Maddie Brush

Fans of the couple rushed to gush about the picture that Maddie shared. She captioned it with, “My whole heart in a photo! 💚” Here’s what fans of Sister Wives said about it:

Many other comments along a similar line went Maddie’s way from Sister Wives fans. And, these continued flowing in after she posted up another image.

My whole heart in a photo! 💚 . . . #MissEvieK #MrAxelJames #momlife #wifey

Just yesterday, Maddie shared another photo. It showed Caleb cradling the new baby. Lying on the bed, he had his arm around Axel, who very sweetly stroked his sister’s head. Even her mom Janelle responded to that. She said, “I love love love this picture !!” Maddie’s caption also showed once again how thrilled the Sister Wives family is with Evangalynn. She wrote, “I knew when I met you and adventure was about to happen.💚” ~Winnie the Pooh.” It seems like Maddie wrote that because her son Axel seems so impressed with his little sister.

"I knew when I met you and adventure was about to happen.💚" ~Winnie the Pooh

What do you think of these gorgeous photos that Maddie Brush shared? They both tell such a big story, it’s no wonder fans gush over them. Sound off your thoughts in the comments below.