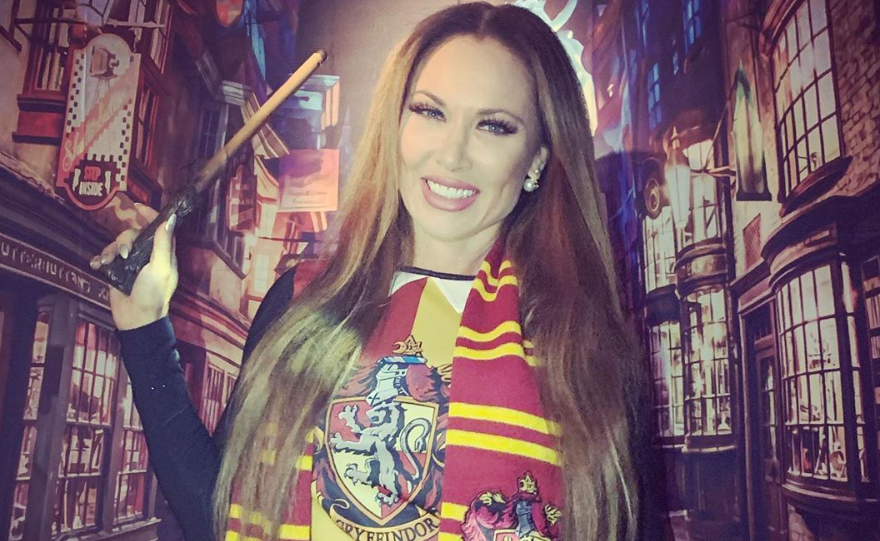 Watching a sneak peek of the new Real Housewives of Dallas, fans can tell the drama is already hot because of an ongoing feud. In the midst of a ‘friendervention’ for LeeAnne Locken and D’Andra Simmons the truth came out that the men were the ones who started the feud. Allegations of cheating from LeeAnn’s now fiance, Rich, against D’andra’s husband, Jeremy, were what started it all. It seems there are rumors of Rich cheating on LeeAnn and of Jeremy cheating on D’Andra.

What Did LeeAnn Locken’s Fiance Accuse D’Andra Simmons Husband Of?

The two reality stars haven’t spoken to each other since the 2018 reunion. D’Andra said in her confessional, “when I got back to my hotel room after reunion, Rich started sending nasty text messages to Jeremy. They were about some bulls**t cheating scandal that, he didn’t know what he was talking about!” D’Andra continues in a confessional.

She said the text told Jeremy, he would reveal information to D’Andra about someone named Jessica. He said it was in retaliation of the things D’Andra said about him. D’Andra said, “there is no way in God’s green earth that my husband would be having an affair with anyone named Jessica, Mary, Susie, Julie — whatever. It doesn’t matter who it is. It’s not happening. Move on.”

What Did LeeAnne Have To Say About Rich’s Allegations?

LeeAnn Locken said in her confessional, “Rich is aware that Jeremy was having an affair with a girl named Jessica. Jeremy called me a f**king snake on social media. Rich can threaten him all he wants. That’s him, not me.”

Once the conversation started LeeAnn Locken told D’Andra she did the same thing to her in Season 3. Simmons asked over and over I’d LeeAnne thought Rich was unfaithful. D’Andra said she didn’t accuse him because she simply asked a question. D’Andra then brought up when LeeAnne said Cary Deuber’s husband, Mark, cheated on Cary with men at a gay bar in town.

The Past Comes Back To Haunt The Estranged Friends

D’Andra said she had concerns and it was why she brought it up. She told her, “you called Cary’s husband out, but yet, when I said something out of care, of concern, then you’re saying, you can’t do that, but yet, you had been in the same position. So now, you’re judging me?” LeeAnne said in her confessional it’s different because she still feels bad if Mark’s alleged infidelity is brought up. She doesn’t think D’Andra does. Entertainment Tonight sat down with LeeAnne Locken to talk about the premiere. LeeAnne said, “I think Rich waited and waited and waited and waited all year the season was airing, he waited for an apology, and to this day he still has not gotten an apology.” She said she’d apologized to Cary and Mark.

“And I’m not trying to make the situation different,” she said. “I’m trying to show the example of the apology. One person delivered and continues to deliver. I continue, every time I see them, to say, you won’t ever have to forgive me. I owe you this because this is my mistake and I learned.” LeeAnne said if there’s something that needs to be said, she says it. The reality star said, “maybe my cojones are just a little bigger than everyone else’s, I don’t know.” She said there’s more to come including finding out where D’Andra got the information Rich could be cheating.