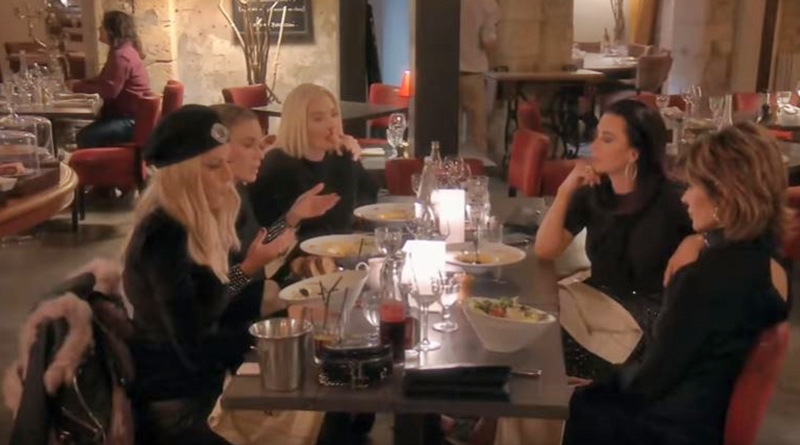 RHOBH cast members are not new to court cases and lawsuits. Actually, it’s beginning to look like something you need on hand to feature on the Bravo show these days. After all, we have Kim Richards coping with her hubby’s allegations of alleged fraud against him. Meanwhile, Dorit and hubby PK also face court. So, now we have Erika Jayne pulled into her own pesky financial lawsuit problems thanks to her husband, attorney Thomas Girardi. He owed a cool ten million, and allegedly never paid all of it back.

We noted, “A company named Stillwell Madison claims Girardi and his law firm didn’t pay back the money they loaned him.” Plus, “They maintain he took all or some of the money to “sustain himself and his wife in their lavish lifestyle and maintain their glamorous public image.” Uh oh – Erika’s about to get sucked into the eye of the storm. That’s because allegedly, Tom still owes loads of money and it seems they suspect Erika’s got some property they could use to recover part of their debt.

Yahoo News carried a report by The Blast. They obtained court documents that show Erika could well end up in the hot seat.  The RHOBH star could very well end up on the wrong side of the dock if Law Finance gets their way. The Blast noted that they want to “examine Erika Jayne aka Erika Girardi.”

If Erika Jayne ends up in court, it basically could be because money borrowed wasn’t used for the law business. It seems the finance company thinks all the couple did with it was maintain a lavish lifestyle. That’s not good. After all, lavish lifestyles don’t pull in the interest or ability to pay back huge sums of money. And, Erika could end up needing money. However, fans think she’s lost her diamond and got demoted on RHOBH because of the lawsuit.

In another article about the Real Housewives of Beverly Hills star, we discussed this theory. We noted that fans speculated she could be off the show because of her b*tchy ways. But, that probably wasn’t the case.

In fact, on Twitter “@v_jank noted, “[If it’s true] I think it has [to] do more with her lawsuits. She won’t be able to talk about anything, and did you notice how her ‘team’ disappeared at the end of the season. Maybe daddy said no more.”

What do you think about all of this? Do you think Erika’s gonna have to spill the beans on where the property is that the lawsuit wants to get? Now she’s joined her other castmates with money problems. But, it appears maybe she knew the loan funded their lavish lifestyle. Any which way, it seems she’s dragged into the pesky lawsuit whether she likes it or not. Sound off your thoughts in the comments below.

Remember to check back with TV Shows Ace for more news about RHOBH.

Did Adam Busby Reveal Blayke’s Possible Career Choice?
‘Yellowstone’ Fans Marvel At The Many Talents Of Kevin Costner
See Why ‘Little People Big World’ Lilah Is Stoked & Her Mom Is Happy Too
Did Amy Halterman Give Birth After The Scare During Last Week’s Episode?
‘Married at First Sight:’ Is Luke Cuccurullo Married Again?