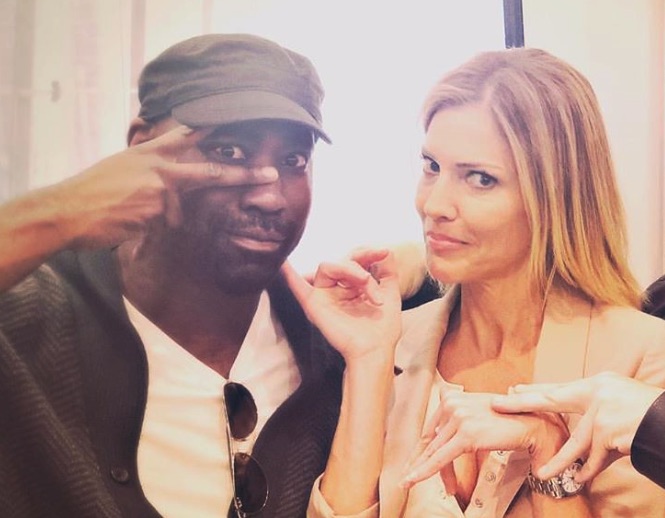 On Monday, Lucifer star D.B. Woodside went to Twitter to hold an impromptu Q&A session with Lucifans. He revealed who he thinks will get a happy ending, who he wants to work with, and even who he wants to be resurrected. What did the star who plays Amenadiel have to share?

What Lucifer Characters Could Have A Happy Ending?

Muffin asked D.B., “Do you think Lucifer will have a happy ending?” His reply was “Yes.” He did not elaborate. Yet, clearly his mono-syllabic affirmative answer made fans super happy.

His answer about Amenadiel was a little more cryptic. “I think he will get an appropriate ending.”

Woodside was also asked if the writers had a show ending written. He stated “Yes,” and added, “but things change all the time.” The filming will not end until early spring 2020, so there is a lot of time for the Lucifer writer’s room to make some big changes. He was asked about the first episode script entitled, “Really Sad Devil Guy.” Woodside showed some of his dry humor when he joked, “Why did they have to kill Maze off in the first 5 mins? Big mistake @jkning BIG. MISTAKE.”

This was a joke folks. Lesley-Ann Brandt fans need not worry that Maze is dead.

Those who want to know more about Charlie, Amenadiel’s child with Dr. Linda (Rachael Harris), he did not have any information.

Who Does D.B. Woodside Want To Work With?

One fan asked if there is any chance Amenadiel and Ella will be in more scenes. Woodside replied that he and actress Aimee Garcia are “trying,” and tagged her in this comment. He also wants more opportunity to work with Detective Douche himself, Kevin Alejandro.

His favorite relationship on the show? “The brothers. Always the brothers. I love that guy. @tomellis17,” tagging Tom Ellis, the devil himself, in his answer.

Who Does The Amenadiel Actor Want to Resurrect?

A fan had asked if there was a “possibility that Charlotte Richards would come back.” They suggested a “reincarnate or something.” D.B. Woodside made it clear, the person he would love to bring back would be Charlotte Richards, a.k.a. as “mom.” Woodside gave an enthusiastic reply. “I would love for her to come back for the final season. Love!”

“Love!” That is pretty affirmative! But the cast and crew were quite in awe of the Tricia Helfer’s incredible acting skills. The Battlestar Galactica star was slated only for Season 2. Things quickly changed. Helfer was such a wonderful addition, they found a way to cleverly write her into Season 3. Can the writer’s find a way to bring her back to Season 5?

Any Thoughts On Lucifer Season 6?

One fan asked, “would you wanna do a 6th Season if given the option?” D.B. simply replied “Yes.” Fans may remember that when it was announced that Lucifer Season 5 would be the final season, he was down in Australia with Tricia Helfer. They were attending a con down under.  D.B. seemed shocked that the show would end at five: “I think we felt like it was six seasons.”

In the recent impromptu Twitter Q&A, Woodside was also asked if Season 5 would be divided into two parts. He explained that this was a “Netflix question.” The actors are obviously not privy to this information. Netflix divides shows like The Ranch into two parts. Now that Season 5 has been supersized to 16 episodes, it is possible that Lucifer will not be dropped all at one time.

No one asked about the possibility of a Lucifer movie. This is a possibility that showrunner Ildy Modrovich is down with. No matter what is in the future, it is clear that Lucifer Season 5 is going to be incredible. The actors, writers and crew are going to give this show everything they’ve got. They are clearly grateful to Lucifans around the world and want to show their love and appreciation to them all.

Thank you for all the questions guys. I’m gonna go power down now. 🙏🏾❤️😘

Lucifans, what do you think of D.B. Woodside’s insights on what he wants to see in Lucifer’s final season? Share your comments and be sure to check back with TV Shows Ace for the latest on Lucifer. Lucifer Season 5 returns in 2020 for 16 episodes.