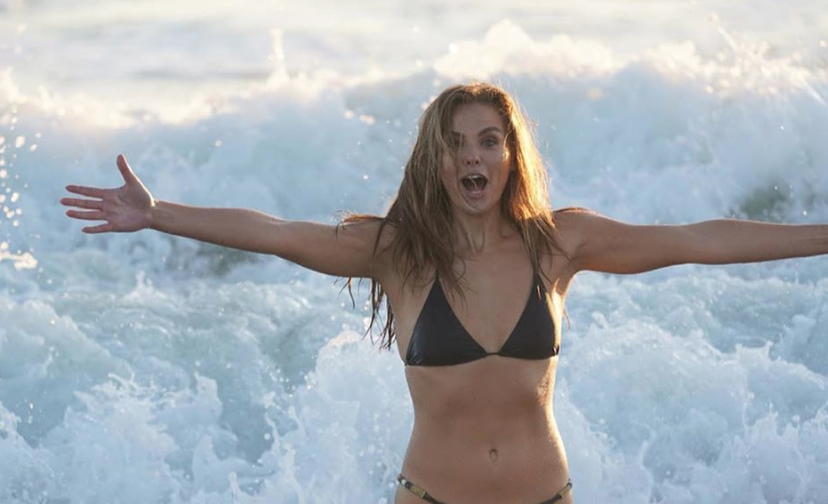 Like the rest of the world, former Bachelorette, Hannah Brown, is pretty shocked when it comes to John Paul Jone’s behavior. Unlike his time on The Bachelorette, his time on Bachelor in Paradise has been full of fighting and drama. It’s pretty unlike him and Hannah has noticed.

‘Bachelor in Paradise’ Brings out JPJ’s Bad Side

Apparently, BIP brings out John Paul Jones’ (JPJ’s) bad side. He has been fighting literally and emotionally with people just to win over one girl. This week, his behavior has calmed down a little. However, Hannah Brown is talking about he it makes her feel extra says.

Like the rest of us, Hannah is pretty shocked by all that is going on with JPJ. During his time on The Bachelorette, he was pretty relaxed and just there to have fun. He has shown his very immature side this time around. Hannah says his BIP behavior has her “shook.”

“It shook me! I’m shook! Because John Paul Jones, to me, is just like my relief from the drama and now to see that JPJ is having drama-filled everywhere… I don’t know, I saw a whole new side of JPJ! I still love the guy. He’s awesome. He’s the best!”

what is my life?! I’ve been dancing my heart out today, but getting this news was such a sweet surprise! I took everyone on a rollercoaster ride of crazy during my experience as the @bacheloretteabc. Nevertheless, the constant support and encouragement from those who love me will always be the biggest blessing of this all. To be even considered for the @peopleschoice award for Competition Contestant is just a sweet extra bonus! THANK YOU ALL so much for the continuous support I feel in every adventure this life is offering me. Y’all are the best! (link in bio for all the info to vote! 🤗😘)

Clearly, his whacky antics haven’t changed how Hannah feels about him as a person. As she says. she still loves the guy. How could he not? He’s so passionate in everything he does and everyone he pursues. That is what a girl needs out of a guy.

Not to mention, JPJ is mostly harmless. Sure he gets in fights, but overall he’s like an emotional teddy bear.

What else is Hannah up to?

Hannah is busy preparing for Dancing With the Stars. She almost started dating Tyler Cameron again, but then he was seen out with Gigi Hadid. Apparently, she and Tyler have stopped talking. The last time she texted him was when his dad was sick.

It sounds like those two really won’t be happening. While they would’ve been a good couple, it’s probably a good thing they aren’t together. They clearly aren’t meant to be. It would’ve been even worse to end in heartbreak later.

Do you like JPJ on this season of Bachelor in Paradise or do you just find him annoying? Let us know your thoughts in the comments.

Be sure to watch BIP every Monday and Tuesday night. The season is almost over and you don’t want to miss how it ends!