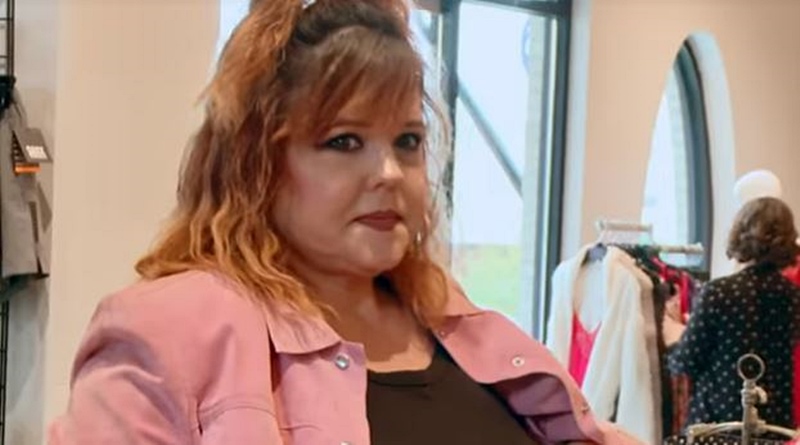 90 Day Fiance fans are not unfamiliar with older women and baby concerns. In fact, Rebecca’s co-star Angela Deem asked her daughter to supply eggs so she and Michael can have a child. Now, it seems that Rebecca and Zied might want kids. They ponder how having a baby should be approached. After all, now in her late forties, she’s significantly older than her 26-year-old love interest.

Taking to her Instagram Stories yesterday, September 3, Rebecca held a Q&A. Careful not to give away spoilers, Rebecca hinted that Zied and her plan long-term. One fan asked Rebecca, “Do you guys ever plan on having kids together.” Rather surprisingly, Rebecca noted that they talked about it.

She said, “That’s one of the many issues we are tackling.” She added, “It’s something we have to deal with because of our age difference.” Finally, she admitted, “It’s important to me that we make the right choice for our relationship.” Then she added as a footnote, “We’ll see.” The post expired now, but we noted the details for this article.

Well, if the 90 Day Fiance couple decide they want a baby, fertility issues may arise. The Cut spoke to Dr. Jacques Moritz, an affiliate associate professor OB-GYN at Weill Cornell. He told them, “Physically, nothing changes at 30 or 35 or 40 or 45.” He added, “The human body is capable of carrying the baby.” He noted that “physically, there is nothing wrong, and women even into their 50s and 60s can do it.” However, they need good health. But, they may face fertility issues, although technology has ways around that these days.

Apart from potential fertility issues, Rebecca might also face a legal issue when it comes to babies. On the Tunisianloverrats forum, an interesting post about Tunisian Law appeared. The writer noted, that they “collected some information together about this subject.” They understand the importance of knowing about Tunisian men before they marry. Someone who knows a lot about it helped out, they said, acknowledging “Tunisianbelle.”

In essence, the post explains that any child by a Tunisian man automatically becomes Tunisian. Presumed Tunisian, a child can’t leave the country without “a Tunisian passport.” In fact, without Zied’s permission, she can’t leave with a child born to them. For 90 Day Fiance’s Rebecca, that makes it harder to raise her child among her other American family members. Something else the forum notes: “A western woman receives the custody of her Muslim child in Tunisia only as long as she, 1) lives in Tunisia – and -2) she guarantees that the child’s educated in accordance with Islamic principles.”

If Rebecca gets Zied back to the USA, she may be better prepared to do the fertility route. That way, she could try and keep her child if Zied ever decides to return to Tunisia. But maybe Rebecca’s thinking she might stay in his country. In the same Q&A, she spoke about “the other way.” She noted that originally they planned to “take Zied to the USA.” It’s not clear if that goal’s changed. But,   talking about her PI job, she noted her license expired. However, when she gets back she’ll “Fix it.”

What do you think about Zied and Rebecca pondering a baby? Do you think it wiser to do the kid thing back in the USA? After all, Tunisian kids seem rather complicated. Sound off your thoughts in the comments below.