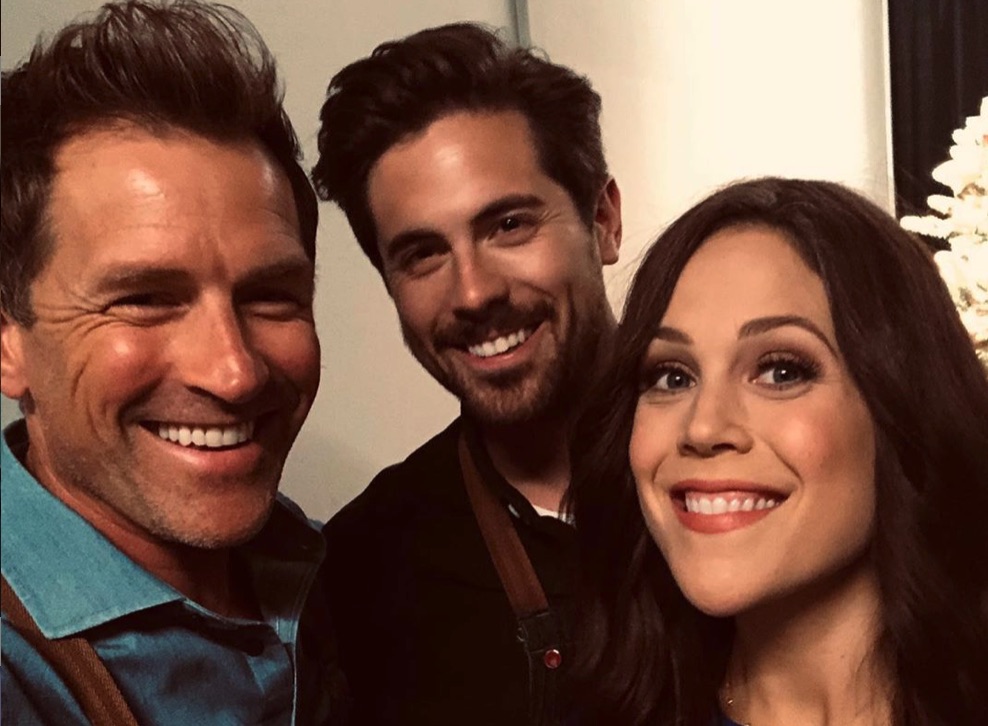 On Saturday, Erin Krakow posted a video of the stars of When Calls The Heart doing a little dance as they commence filming for Season 7. What do we know about the filming and do we know anything about the upcoming season?

There are are lots of smiles on the set of When Calls The Heart. The photos and videos show a lighthearted buoyancy. The cast and crew, including director Martin Wood are in Hope Valley and filming Season 7 of the show. Although details have not been announced, Hearties can presume that there will be 10 episodes this season. Last season, after the college admissions scandal, they removed all traces of Lori Loughlin from the show. By the time they made the edits, the show was reduced to nine episodes.

The disappearance of Lori’s character, Mayor Abigail Spencer, was explained when Elizabeth (Erin Krakow) shares that she went east to care for her ailing mother. It is assumed that Cody joined her, as he was no longer on the show. Neither will be returning for the Christmas movie.

When Calls The Heart will air another Christmas movie in 2019. They have already announced that Erin Krakow, Pascale Hutton, Jack Wagner, Kavan Smith, Kevin McGarry, Paul Greene, Chris McNally, Martin Cummins, and Andrea Brooks will all return for this very special Christmas tradition. Both of Elizabeth’s love interests are in this episode. Could we see some sparks under the mistletoe?

What do loyal Hearties do between now and the WCTH Christmas movie? They stream the new spinoff series, When Hope Calls. It was just released on new new Hallmark Movies Now streaming service on Friday.  According to E! News, this series centers on two sisters, whose story was on WCTH. They living in the neighboring frontier town of Brookville and run an orphanage.

Hearties, are you getting excited about WCTH Season 7? Who do you want Elizabeth to choose? Share you comments and be sure to come back to TV Shows Ace for the latest on WCTH. When Calls The Heart Season 7 will air on Hallmark in 2020.