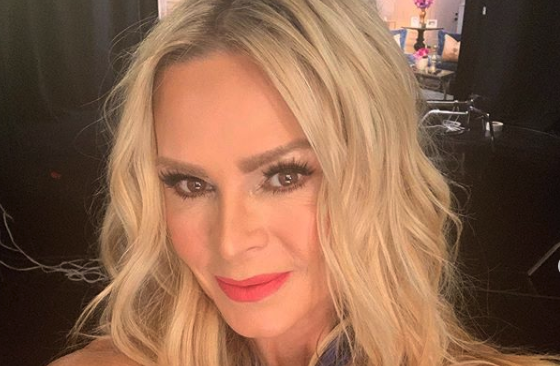 The Real Housewives of Orange County star Tamra Judge knows a thing or two about scandals. The long-time housewife has been embroiled in enough of them herself. It’s something that goes hand-in-hand with being a reality star.

During a recent interview, Tamra opened up about her reaction to a scandal that a former RHOC co-star faced over the summer. Megan King Edmonds had to deal with a very public scandal involving her husband and his alleged mistress.

In June, All About The Tea published text messages and videos exchanged between Jim Edmonds and a woman who claimed to be his long-time mistress. In response, Meghan published a lengthy post on her blog about the betrayal, though he insisted that it was never a physical affair.

If that’s not hard enough, her son was diagnosed with irreversible brain damage a few weeks later. Meghan recently gave an encouraging update on her son’s physical therapy.

What Did RHOC’s Tamra Say When She Reached Out To Meghan?

During her interview, Tamra said that she didn’t know if the reports were true or not at first. “So much crap is written about people” that she didn’t know what to believe. But she reached out to Meghan anyway because she felt bad for her. She wanted Meghan to know that she was here for her.

When the topic of the health issues Meghan’s son is facing, Tamra offered her good wishes.

Tamra also discussed how nice it was to spend time with her former co-star. She noted that Meghan lives in St. Louis now with her husband and family. (Meghan stayed with Jim despite the cheating scandal.)

“She just has three little kids now, so she was excited to get away and have some girl time. But she’s still the same Meghan.”

Meghan recently posted to her Instagram that she was temporarily relocating to Los Angeles with her son, Hart. The reason she gave was intensive physical therapy that would hopefully help Hart.

The therapy seems to be working. She posted an exuberant photo of Hart, who suffers physical delays due to his brain damage, standing. In the caption, she explained that Hart stood for the first time.

“Hart stood today for the first time! And I’m not talking for a half second, he stood for almost a whole minute!”

Hart stood today for the first time! And I’m not talking for a half second, he stood for almost a whole minute! My mom was there and got to see it and take pics and even a video of the end. Both his PT and OT were there (and this wasn’t during therapy). Only a week into intensive therapy @napacenter and this boy’s development is exploding! (And so is my heart!) What a special and incredible moment! #gohartgo