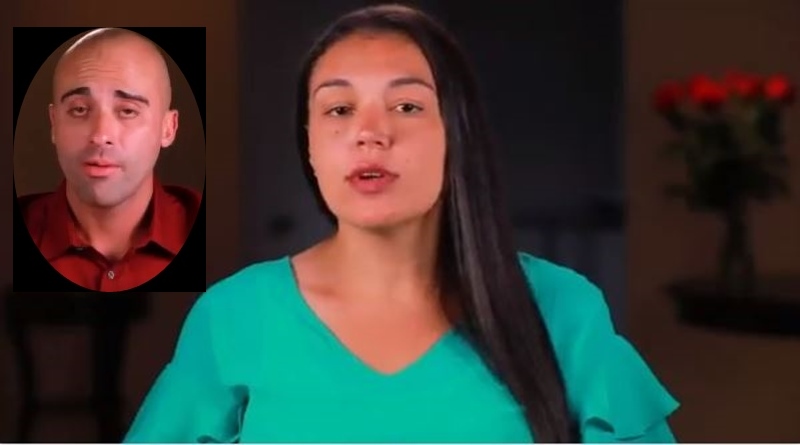 Lover After Lockup brings a surprising number of love-triangles. However, it seems that yet another one involves Amber.

We can recall that Amber got arrested along with her mom for dealing meth out of an inn. Sentenced for a long time, she managed to achieve a release this year. Vince, an ex-armed services member fell in love with her before her release. But, while inside, she got very close to ‘Puppy,’ her prison wife. In fact, she seems more in love with her than Vince. But, now it emerges there’s another man in her life named Tony. It looks like more than just a love-triangle.

While we’re not sure if this will play out on the current season by WEtv, we might find out more about the extended love-triangle.

Starcasm sleuths dug around and discovered Amber was married. In fact, that came along back on April 11, 2013. Starcasm noted she shared pictures of him in 2012 and recently shared a pic of their wedding day. She’s quite active on her Facebook account and shares quite a lot there. Her man, Tony’s also allegedly been arrested for meth-related offenses. In fact, it seems he may be serving time at the moment.

The news outlet also unearthed the fact they never stayed together for long. But, it was only in 2018 that Amber filed for divorce. Apparently, that had everything to do with him not being located at his old 2015 address. Now they know where he is, the divorce papers can be filed. So, ultimately this means that while in prison loving Vince online, and ‘Puppy’ behind bars, she was still married to Tony. In fact, she could still be officially married. Whether Vince knows this or not’s yet to be revealed on Love After Lockup.

Amber comes with some baggage, but she's about to find out that Vince does too! Catch an all-new #LoveAfterLockup FRIDAY at 9/8c. pic.twitter.com/rnFLc5hjqr

Fans of the WEtv show already think Amber and Vince’s relationship’s doomed. That’s mainly because she’s so obviously into ‘Puppy.’ Plus, she locked her bedroom door so Vince couldn’t get intimate with her.

Many of them believe the spark just isn’t there. Well, not to mention they don’t know about Tony yet.

Over on Twitter, @DurtieButt noted that Love After Lockup‘s Amber seemed repulsed by Vince. They commented, “lol amber locked her bedroom door like crazy *ss vince can’t chew his way through it.”

Plus,@neisha_neald asked, “Whose going to tell Vince that Amber is a lesbian.” Actually, some of the memes were quite funny like this one below:

What do you think about the news that Amber seems involved in more than just a love-triangle? Is it possible to have a love rectangle? Between Vince, ‘Puppy,’ Amber, and Tony, it seems like a terribly complicated situation. Do you think Vince stands any chance at all with her? Sound off your thoughts in the comments below.