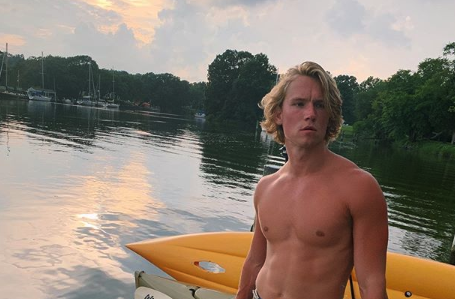 Bachelor in Paradise has been primarily focused on John Paul Jones, JPJ, and Tayshia Adams. According to Inquisitr, there are some spoilers that reveal exactly what will happen to this couple with all of their ups and downs.

**Warning: Spoilers ahead! Do not keep reading if you don’t want to know what will happen with JPJ and Tayshia!**

Will there be a BIP happy ending for John Paul Jones?

So, it sounds like Tayshia is going to start by giving JPJ her rose at one of the Bachelor in Paradise rose ceremonies. However, that’s certainly not the end. Apparently, she will decide things aren’t going well and ends the relationship. Unfortunately, the couple doesn’t make it through the rest of the show.

Luckily for JPJ, that’s not all! during the reunion show, fans will get a special glimpse into what happened after Paradise ended. In true BIP fashion, Tayshia will fly out to JPJ wanting to give things another try. During the reunion, they will reveal they are dating. Turns out, all of the Paradise drama JPJ went through was actually worth it. Maybe the couple really is meant to be.

After watching this past Tuesday’s of BIP and having had time to step away from it all and introspect on my actions, I do deeply regret that my behavior was disruptive and upsetting to the celebration of Chris and Krystal’s wedding reception. Despite the fatigue and anxiety I felt at the time, I should have used good judgment in my decisions and acted in a more mature and selfless way. I extend my sincere apologies to Chris and Krystal and to their families and friends for my actions. With regret and sincere apologies, JPJ

So initially no, there isn’t a happy ending. After a while though, JPJ gets true love.

But will it last?

There is some speculation to whether the relationship can actually last in the outside world. For one, they both live on opposite coasts. Apparently, there has been no talk of either one of them moving. Long-distance always makes a relationship hard and will ultimately end in one of two ways. It just depends on how committed they are to one another.

In addition, Inquisitr reports that Tayshia was actually already seen out with another guy. This hasn’t been confirmed but makes it seem like maybe their relationship isn’t too strong. No one will probably know what’s really going on until after the reunion airs. Normally, all the stars have to keep pretty quiet about what’s going on in their personal lives. This has got to be so hard for them. Not only that but if they did break up already, they will have a lot to clarify after the show ends.

Do you want to see Tayshia and JPJ together after BIP or do you think John’s fits were a bit too much? Let us know what you think about it all in the comments below.

Be sure to watch new episodes of Bachelor in Paradise every Monday and Tuesday night.