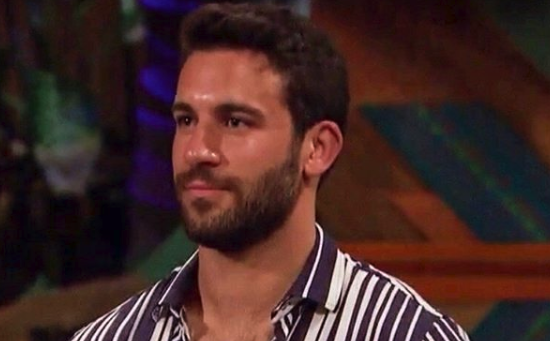 Bachelor in Paradise has been anything but calm these last few episodes. JPJ has been acting a little crazy and it looks like he’s finally owning up to his behavior. However, not everyone believes him.

John Paul Jones, AKA JPJ, acted pretty horribly on a recent episode of BIP. During the wedding of Chris and Krystal Randone, JPJ decided to have a nice yelling fit with Derek Peth. Definitely not what you want at your wedding. JPJ was fighting for who he thinks is the love of his life which is cute and all, but still, pick a better place to chat about your differences.

JPJ did take to Instagram to own up to the things he did.

“After watching this past Tuesday’s [episode] of BiP and having had time to step away from it all and introspect on my actions, I do deeply regret that my behavior was disruptive and upsetting to the celebration of Chris and Krystal’s wedding reception,” he wrote in an Instagram post.

He went on to apologize to the happy couple.

After watching this past Tuesday’s of BIP and having had time to step away from it all and introspect on my actions, I do deeply regret that my behavior was disruptive and upsetting to the celebration of Chris and Krystal’s wedding reception. Despite the fatigue and anxiety I felt at the time, I should have used good judgment in my decisions and acted in a more mature and selfless way. I extend my sincere apologies to Chris and Krystal and to their families and friends for my actions. With regret and sincere apologies, JPJ

While this was super nice of him, Derek went ahead and stirred the pot again with a comment of annoyance, according to US Weekly.

“Don’t insult our intelligence…you could reach out on your own instead of on Instagram. This is just an attempt to save face,” he wrote.

Yikes! Derek is clearly not over all the things that JPJ said to him. Understandably so since JPJ basically blew up on him.

He seems to be the only one who feels like this though. The rest of the comments were full of love from other Paradise cast members.

Social media is a great way to make it public how you really feel. However, it could be misinterpreted as trying to hide behind a screen. That’s what Derek seems to think this is. Fans will probably never know, but JPJ does seem like he’s taking it pretty personal in the comments. Plus, he could’ve also apologized to the happy couple in person as well.

What do you think of JPJ’s apology? Do you believe it or do you think he was just trying to “save face”? Let us know what you think in the comments.

Be sure to watch Bachelor in Paradise every Monday and Tuesday night. There’s a lot of drama going on and you don’t want to miss out!