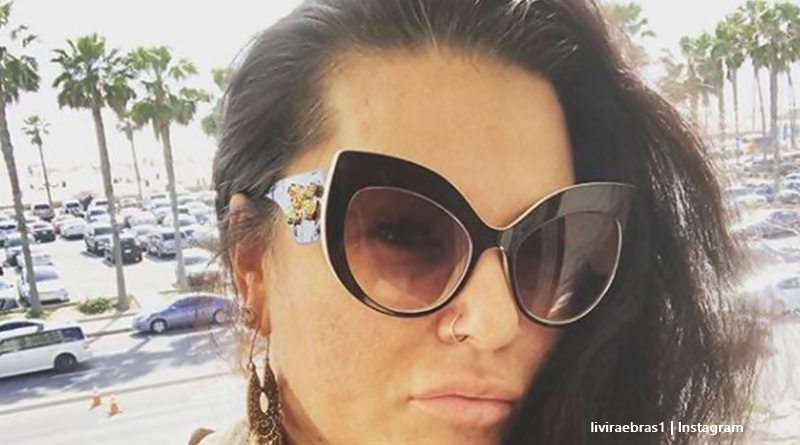 90 Day Fiance: Happily Ever After? brought us Molly Hopkins and Luis Mendez in Season 5.  Their relationship dissolved soon after she suspected he cheated with another woman.

It was a toxic and acrimonious breakup, and he married someone else just five months later. TLC fans then saw Molly getting her life together, and she seemed on the way to building a successful life. In fact, her LiviRae Lingerie line seemed to be doing well. But, now it seems she’s run into rent lien issues with her former landlord.

90 Day Fiance star Molly Hopkins got her life together

Fans can recall from her Instagram that Molly shared the various milestones she went through after the breakup with Luis. Your Tango reminds us that rumors of a new man in her life resulted in a non-committal response from Molly. But, she got herself together and made up with her daughter Olivia, who didn’t trust Luis from the beginning. Next, she focussed on getting slim and healthy. Plus, the 90 Day Fiance star threw her efforts into the LiviRae Lingerie line.

In fact, she stocks a rather comprehensive line on her website. She runs it out of a brick and mortar building and caters for a large range of things. Over there we even see a “fantasy and fetish collection” for those over the age of 18. But according to new reports from Starcasm, she’s facing some financial difficulties. It arises from issues with her rent owed, and new court documents show she’s in some trouble.

-Suffocate the competition with this new python 🐍 Anita set- . . “The Special Editition is not only a real eye-catcher during training, but also functions as a casual trend piece for casual outfits. While the soft waistband, the extra-flat seams and the clean-cut leg cuffs ensure perfect wearing comfort, the 3D knop structure fabric offers a constant toning leg massage and thus improves blood circulation. The result: a significant increase in endurance, relief of the muscles, reduction of the risk of injury and shorter regeneration times.” – @anita_since1886_official Call LiviRae for yours today 770.429.7004

The report by Starcasm suggests that Molly could face some financial hardship. The 90 Day Fiance star announced on “July 7 that it was their last day at their Ernest W. Barrett Parkway location in Kennesaw, Georgia as they prepared to move to a new Kennesaw location in an old Applebee’s at 543 Roberts Court.” In fact, her website shows the new address as their current location. But, it appears like she left outstanding payment to the old premises.

Court documents sourced by Starcasm suggest that she and her business partner allegedly overstayed after not renewing her lease. Her business associate is her Double Divas co-star, Cynthia Richards. It was those months that the landlord claimed they never paid for. After various claims were filed and they failed to respond to an important one, it turned out that things look bad for her.

The news outlet noted, “On July 31, the landlord’s attorney filed a Writ of Fieri Facias request form…is a document issued by the Clerk of  the Magistrate Court” It means a sheriff can “seize the assets of a judgment debtor.”

In total, the landlord claims a large amount of money or property in assets. The debt is around 30k including interest and legal fees.

What do you think about that? It sounds like a lot of money for a lingerie shop. Sound off your thoughts in the comments below.