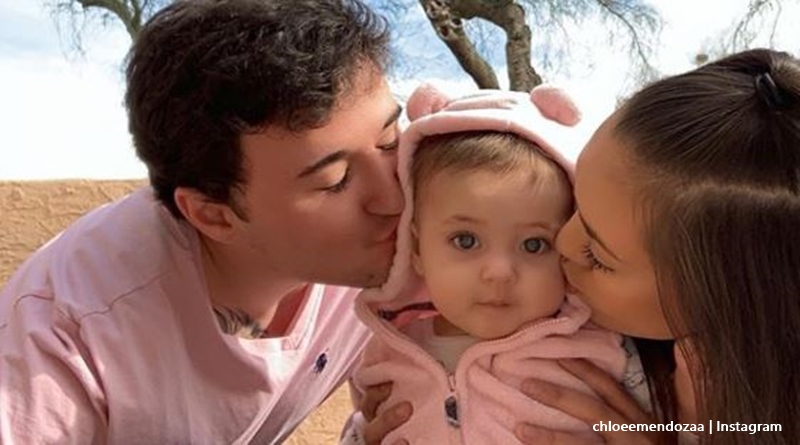 Unexpected fans are furious with Chloe’s mom as they think she treats Max so badly. TV Shows Ace reported this week, “In the preview of the upcoming episode, we see that Chloe’s obviously very controlled by her mom. Just like her, she’s starting to push Max away unless he plays it her way.” Now, it seems like she may have pushed him away completely and that they may have actually broken up.

Unexpected – signs to indicate Max and Chloe did break up

On August 12, Max took to his Twitter and posted up a signal that all was not well. He said, “If you ever plan on dating a girl make sure you give it your all the first time because it’ll never be the same the second or third or fourth, etc.” Mind you, he’s obviously a  bit careful about giving out spoilers on the TLC show. We noticed that his main twitter profile still reads, “Enjoy every second like it’s your last

catch me at the gym”.

However, Starcasm also dug around the Unexpected stars’ Twitter and unearthed more communication between the two. Before the tweet about planning to date a girl, there was an exchange between Chloe and Max. Max said, “I wouldn’t want to be with old me either.” He added, “But the new me, Idk about that.” To which, Chloe replied, “Oh, there’s a ‘new you’ now, since when?” Then Max came back with quite a telling post. He replied, saying, “Since you moved out – Wake up call.”

Chloe and Max moved into an apartment

Starcasm also reminded us that “Chloe and Max moved into an apartment together back in June, but that arrangement may have lasted less than two months.” Plus, they noted that for a brief time, Max changed his Instagram bio to “single.” In fact, over on his IG, there are almost no pictures that feature Chloe at all. However, if the Unexpected couple did break up, it seems he still sees his daughter Ava. Over the weekend, he shared a photo of him relaxing and playing with his baby girl.

Meanwhile, on her Instagram, Chloe only posted one photo of Max, and that was back at the beginning of February. On top of that, on her YouTube account, Chloe seems to be running her vlog from inside her mother’s home.

What do you think about all of this? Do you think those tweets and Instagram hints suggest that Max and Chloe broke up? Sound off your thoughts in the comments below.

Eureka, Missouri Celebrates ‘The Bachelor’ 2022 Clayton Echard (Video)
‘RHOBH’: Erika Jayne Accused Of Playing Sympathy Card
Jennifer Aniston Reveals She Is Not Attending The Emmys This Year And Why
‘When Calls The Heart’s’ Chris McNally Strikes A Pose With Erin Krakow
‘LPBW’ Ember Roloff Gets Epic Photobombed On Special Day