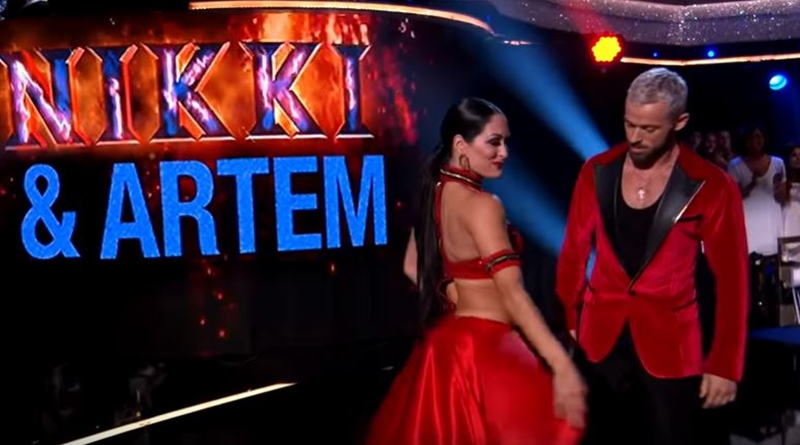 DWTS Season 28 dropped a number of pro’s and Artem Chigvinstev’s one of them. After the cast announcement in late August, TV Shows Ace reported that Sharna Burgess also left the show. Back then, we speculated that Sharna’s departure could merely be a financial decision taken by ABC. While Sharna’s got loads of other projects to play with, we weren’t sure about the future plans of Artem. However, now it emerges he’s not waiting around for something to happen and he’s already moving on.

DWTS veteran, Artem Chigvinstev’s moving on to live a dream

Hot on the heels of Artem, Hollywood Life got the tea on what he’s planning next. And, it turns out that he’s got the chance to pursue “a dream.” It turns out that he’s always wanted “to do a Las Vegas residency.” In their exclusive, he said, “I’m in talks with the Vegas show, with the potential Vegas show, which is, fingers crossed, is going to happen.” Okay, so it’s not cast in stone yet, but he’s really getting excited about the possibility.

Artem added, “I’m actually really excited about that, it’s always been my dream to do some kind of residency in Vegas and have opportunity to, not just to being a choreographer or a dancer, but actually being part of the creative team, that is really exciting.” One would think the DWTS veteran of nine years would enter his new direction confidently. But, he’s stepping outside his comfort zone a bit. Explaining that, he noted. “It’s something new that I’ve never done before, and it’s still intimidating, because like, jumping from being in front of the camera to go like, almost like behind the camera.”

According to Artem, the deal’s not cut and dried yet. However, he’s really hopeful “because there’s been potential interest from MGM.” Plus, the DWTS pro believes that Hollywood really tops everything else. He loves the old movies from the days of “Fred Astaire and Ginger,” admiring their excellence as editing just wasn’t there. That’s the heights he’d like to reach. And, looking back is just not his way.  In fact, he probably won’t even watch DWTS Season 28. He told ET, “It’d be negative energy and I don’t want to feel that; I’m just trying to find like a good place in my life right now, where I can concentrate on the positives.”

What do you think about Artem Chigvinstev moving on from his shocking removal from the show? Do you really hope that he makes it and lands his own gig with a Las Vegas residency? Do you think he’s right moving on now, and not waiting for a call to return? Perhaps for him, that’s the best thing to do. Sound off your thoughts in the comments below.