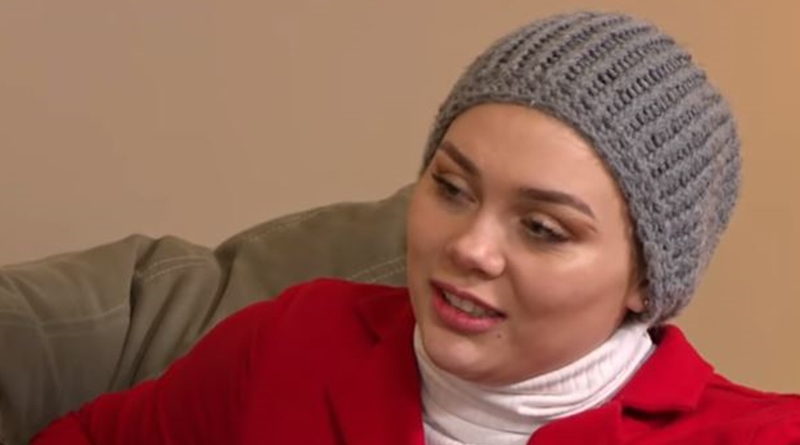 90 Day Fiance: The Other Way showed Avery and Omar at odds over their wedding. He claimed he could not find anyone to officiate for them, so no wedding was arranged. Avery behaved just like any young teen, and flounced about and sulked. Surprisingly, her mom, not overly keen on it in the first place, decided she suddenly wanted a wedding. But, that flip-around didn’t really worry fans of the TLC show too much. Instead, they were shocked by Avery’s intention to live in Syria. In fact, her top priority was to ask Omar if she could buy makeup there.

Since the beginning of the new show, fans of the franchise worried about Avery. Not so much that she changed her religion and became a Muslim, but about Syria. Her guy, Omar, is Syrian. Although she and her mom traveled to Lebanon to meet him, she’s determined Syria will be her future home. Fans fear for her because she seems very ill-informed about the country. Her coming across as rather immature for her age raises even more concerns. Many of them feel that at 19, she should return to the states and get a decent college education.

Some of them figure that higher education could teach the 90 Day Fiance star more about research, logic, and life’s priorities. Like many American’s Avery had a normal enough time at school. She was on the gym team, did cheerleading, and hung out with friends. But, when it came to philosophy and religion, she dived headfirst into converting to the Muslim faith. Within months, she started an online relationship with Omar and now she’s in a rush to marry him. And to live in war-torn Syria.

Avery’s concerned about the availability of makeup in Syria

Fans of the show just can’t get their heads around Avery and Syria. After all, the news headlines grow worse by the day. CNN reported this month, that a “Pentagon report says ISIS is ‘re-surging in Syria’ following Trump’s troop withdrawal.” Meanwhile, the WHO noted, “a pattern of continued forced displacement, and damage or destruction of essential civilian infrastructure such as health facilities.” So, yes, despite a kind of ceasefire, the place is hardly somewhere many people hanker to live. In fact, loads of people do their utmost to escape the place.

But, Avery wants to go the Other Way – in real life. The 90 Day Fiance star’s not apparently even concerned about the bombs and ISIS. No, Avery’s worried about the availability of makeup. Fans discuss this a lot on Twitter. @SheTalksREALITY noted, “Avery, why would you want to move to a war country? How dumb can you be? Girl, you better stay in America until his visa is approved.” Talking about the makeup, @CheeseGenie84 shared, “I know there’s a war in Syria, people are dying, bombs are being dropped but Omar does Syria have Makeup… Seriously wtf Avery Syria is not safe and you’re worried about your f*cking eye shadow.”

Avery’s first question about Syria was “do they have makeup there?” This girl has NO IDEA wtf she’s signing up for #90DayFiance pic.twitter.com/y5Pl0HGAis

What do you think about Avery’s concerns over Syria being the availability of makeup? Are you a bit shocked about that? After all, she seems less worried about bombs and war than the quality of her eyeshadow. Sound off your thoughts in the comments below.