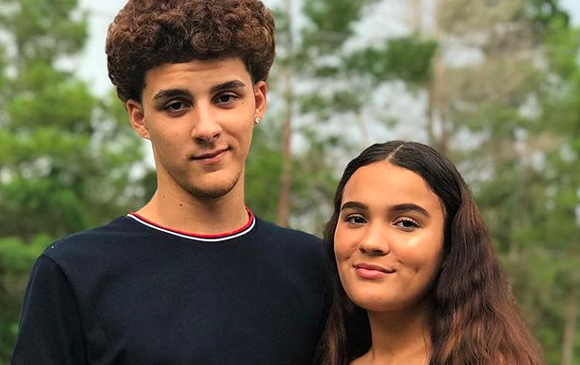 On Saturday, TLC released a new video clip featuring Anthony from Unexpected. In the clip, he talks with his family about whether or not Rilah’s baby is his. This seems to be a big concern for both Anthony and his family.

In the clip, Anthony says, “When me and Rilah broke up, she had sex with another guy, but shortly afterwards I got a phone call that I was gonna be a dad. I’m not 100 percent sure, but I know that I was with Rilah around that time, so I hope I’m the father.”

Then, he adds, “Just going off the timing of the break and Rilah sleeping with other guy, it could mean I’m not the father. That would piss me off.”

During this season of Unexpected, fans may recall Anthony wanting to see the baby’s ears on the ultrasound screen. This was his way of telling whether the baby is his.

In the Unexpected clip from TLC, Anthony’s mom voices her concern about the whole thing too. She says, “When I found out Rilah was pregnant, I was in shock, because they were not together at that time and there was somebody else. She probably doesn’t want to talk about it, because who wants to talk about something like that, but any guy is gonna feel that way if you’re with them and then you’re with somebody else.”

Even a friend was open with Anthony about his concerns. He said, “Do I believe the baby’s not his? I’m gonna go 25 percent says ‘No,’ 75 percent ‘Yes?'” Then, he continues, “Anthony wasn’t with nobody, but she went out and she slept with somebody else, OK. Who’s to say they used protection or not? The only ones that know are them, you know what I mean?”

Will Unexpected star Anthony stick around if the baby isn’t his?

This is a pretty serious topic and one that should be discussed between Rilah and Anthony. The Unexpected couple should figure it out for the sake of their child. Plus, it would likely alleviate some tension between Anthony and his family.

In the video, Anthony talks about whether he will stick around if the baby isn’t his. He says, “I wouldn’t be there. It would have to be my kid for me to be there.”

This obviously has a lot of weight on whether Anthony stays with Rilah and the baby. Hopefully, the couple can work this out before the baby is born.

What do you think about Anthony possibly not being the father of Rilah’s baby? Leave a comment below!