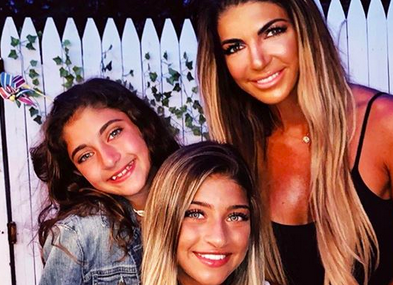 The Real Housewives of New Jersey star Teresa Giudice recently sent her 18-year-old daughter, Gia, off to college. The reality star’s daughter will enter Rutgers University as a freshman in the Fall 2019 semester.

However, fans felt the video Teresa posted of Gia and her cousin, Olivia Giudice, crossed a line.

The problem many fans had with the video is that it involved alcohol. Gia and Olivia pop open bottles of champagne, though neither appears to take a sip. However, underage drinking is a serious problem at campuses around the country.

Despite the backlash, the video is still on Teresa’s Instagram.

Congratulations to my beautiful daughter and niece on their new chapter in life. I’m so excited for both of you to follow your dreams and take what life has to offer you ❤️❤️ #liveyourbestlife #collegelife #cousins

The caption congratulations both girls on their “new chapter.”

“Congratulations to my beautiful daughter and niece on their new chapter in life. I’m so excited for both of you to follow your dreams and take what life has to offer you #liveyourbestlife #collegelife #cousins.”

Reality star recently lost an eye after being hit with cork

Followers called out Teresa’s video as reckless. They mentioned Love Island contestant, Theo Campbell, recently being involved in an accident from an errant champagne cork. While in partying in Spain, Theo was hit in the eye when another party-goer opened a bottle of champagne near him.

The reality star lost eyesight in one eye because of the incident. He was supposed to compete on MTV’s upcoming The Challenge: War of the Worlds 2. He hasn’t confirmed yet if he will be able to compete with his damaged eyesight.

Teresa’s brother, Joe Gorga, was there to see his niece off to Rutgers. Teresa posted a video of her brother loading and unloading Gia’s belongings. You can watch the video at Reality Tea.

He also posted a photo on his Instagram welcoming his niece to college. Neither Teresa or Joe mentioned if his wife, Melissa Gorga, was there for moral support. Fans know Teresa and Melissa have often butted heads.

I moved Gia into her dorm room at Rutgers today. I can’t believe You’re in college,it felt like yesterday that I was rocking you to sleep. @rutgersu @_giagiudice

The 10th season of the hit Bravo show has already completed filming. Sources say there is yet another huge falling out between Teresa and frenemy Danielle Staub. The ladies briefly reconciled their friendship in 2016. Perhaps the most memorable reality feuds of all time, who can forget the famous table flipping in Season 1?