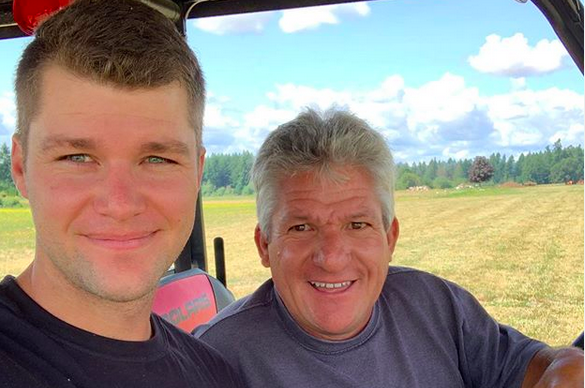 Fans of TLC‘s Little People, Big World know all about what’s happening with Roloff Farms lately. After 27 years of marriage, LPBW stars Amy and Matt Roloff decided to get a divorce in 2015. They had been having issues with their marriage for a few months. Then, they split up their assets. One of those assets is Roloff Farms.

Just recently, Amy sold part of the property to Matt. Matt paid $667,000 for this portion of the land. This is because Amy said she doesn’t have the money to buy the rest of the farm from Matt. As a result, the LPBW decided it would be better to sell it to him. Her plan is to move to Portland, Oregon and buy a house there.

At the time, this is only a partial sale. Describing the situation, Matt said, “I have chosen to buy (and Amy has chosen to sell) me only one side of the farm at this time.”

Matt has said that he was, “gonna whip this farm into shape if it kills me.” It looks like the LPBW patriarch is making some changes to the farm now.

On Instagram, Matt has been sharing updates about Roloff Farms. On Friday, he shared a post of an empty field. He wrote, “It’s Probably the most significant physical change to Roloff Farms in 10 years. Come see it …starting friday October 4th 2019.” Then, he added, “And no. It’s not the new play structures.” This is in reference to an earlier post about new play structures that were added.

It’s unclear what these changes will be, but they seem like a big deal. In the comments of his post, fans are already making guesses.

On Saturday, Matt shared about the treehouse and how it was being knocked down. This beloved piece of the LPBW family’s farm is now gone. On Instagram, Matt shared a photo of himself with his sons Zach and Jeremy and his grandson Jackson standing in front of the treehouse.

In his caption, Matt shared, “The last photo of the wrecking crew while the treehouse was still standing.. photo taken right before I crawled in the Escavator and finished the job. Jackson may not remember the roloff treehouse …but in 20 years. this photo will prove he was there.. but then again.. in 20 years. Who cares! Lol. He’ll have a whole new game plan by then.”

The last photo of the wrecking crew while the treehouse was still standing.. photo taken right before I crawled in the Escavator and finished the job. Jackson may not remember the roloff treehouse …but in 20 years. this photo will prove he was there.. but then again.. in 20 years. Who cares! Lol. He’ll have a whole new game plan by then. @jeremyroloff @zroloff07 @audreyroloff @toriroloff

We aren’t sure how Amy feels about all of these big changes happening. She did sell Matt part of the land so it is his to do with as he pleases. It will be interesting to see how the LPBW mom reacts.

What do you think of the changes Matt is making to Roloff Farms? Leave a comment below.

For more news about LPBW, stay tuned. The show has started filming its next season so check back for updates.