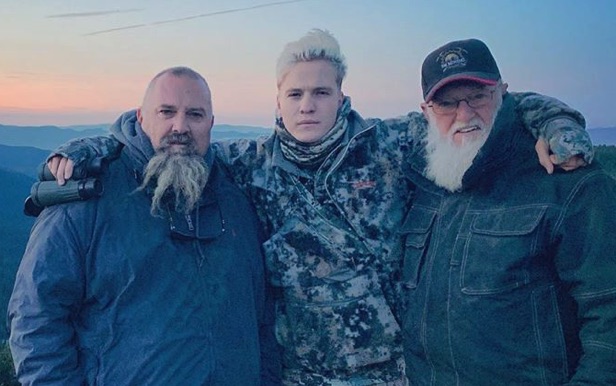 On Thursday, Todd Hoffman told Gold Rush fans that he got a dredge from the Yukon. He even shared that he will be using it somewhere in the Yukon. But, it won’t be on Netflix.

So, what is next for former Gold Rush star Todd Hoffman?

I bought a little wash plant that was in the Yukon but was built in New Zealand by the Grey Brothers. It will show up in…

Todd Hoffman Gets A Wash Plant

Is Todd Hoffman going back to gold mining? Based on his latest posts, fans may begin to wonder. He shared that he just purchased a New Zealand-built wash plant from the Yukon. Todd Hoffman is going to film the unboxing at his home in Sandy, Oregon. He shared that “I want to have Jack put it together and let me show you behind the scenes of how to really put a mine together and the true costs.”

Todd needs fans to help name the wash plan. It has already processed “millions of dollars of gold.” But, where will he take it? It sounds like the plant already visited Nevada, as that was where he wanted to mine. But, Todd didn’t find what he was looking for. He explained that only the Yukon, where the current Gold Rush miners are currently mining, is where to look for gold.  But, he still intends to put together a commercial mining operation to show viewers how to make it happen.

“If you guys want to see how we put a little commercial mine together on the side by just plugging away, pay attention, I will explain the nuts and bolts and I will pull back the veil so to speak but the posts will be here and there because I have other business stuff I’m working on. I might start a separate Facebook group for it if there is interest.”

Todd has been offered some sponsorship, but he wants this “mine to stand on its own.” He is determined to show fans the “true costs” of mining.

Where will he do it? It sound like he will on his own platform, now that Netflix has decided against adding his proposed gold mining show.

Found this old picture with my old team. Had an awesome meeting with the biggest streaming network in the world. Not sure if we will work out a deal but Jack says he would like to mine again so I go try to make dreams happen. God has allowed me to dream dreams and chase them and I can die happy knowing that I didn’t sit on the sidelines I am a front lines guys. Whether we mine again or not we will always love the fans and have been so blessed by you guys. From my family to yours……..God bless you today !!!!

What has happened to Greenhorn Gold? This is the show that Todd spoke of right after his shocking exit from Gold Rush. On August 22, Todd went to Facebook to share with fans some information on the gold show, presumably Greenhorn Gold, that he had pitched to a streaming service back in late July. “I put together what thought was an amazing mining show and met with Netflix. They loved it. After several weeks and several more layers they denied the show.”

While this was clearly disappointing, Todd found the bright side. The religious reality star had previously prayed what ever happened with Netflix, it would be best for his family. So, despite Netflix nixing his show concept, he is calm about things. He admitted that after years of being on the road, his Gold Rush lifestyle of traveling and living away from his home base in Sandy took a toll on family life. Nonetheless, he has submitted his gold show idea to other streaming services. He also told Facebook fans that he is still heavily involved with Zum media. “Lots of projects” are in the works, he promised.

Best of all, Todd is going back into the studio and he is in a rock band he formed.  He describes the music as “Green Day meets a little southern rock.”

Gold Rush fans, are you disappointed Todd Hoffman is not returning to Discovery? Do you want to see Todd gold mining again? Share your comments and be sure to come back to TV Shows Ace for the latest on Todd Hoffman and Gold Rush.

Gold Rush Season 10 will return to Discovery in October.