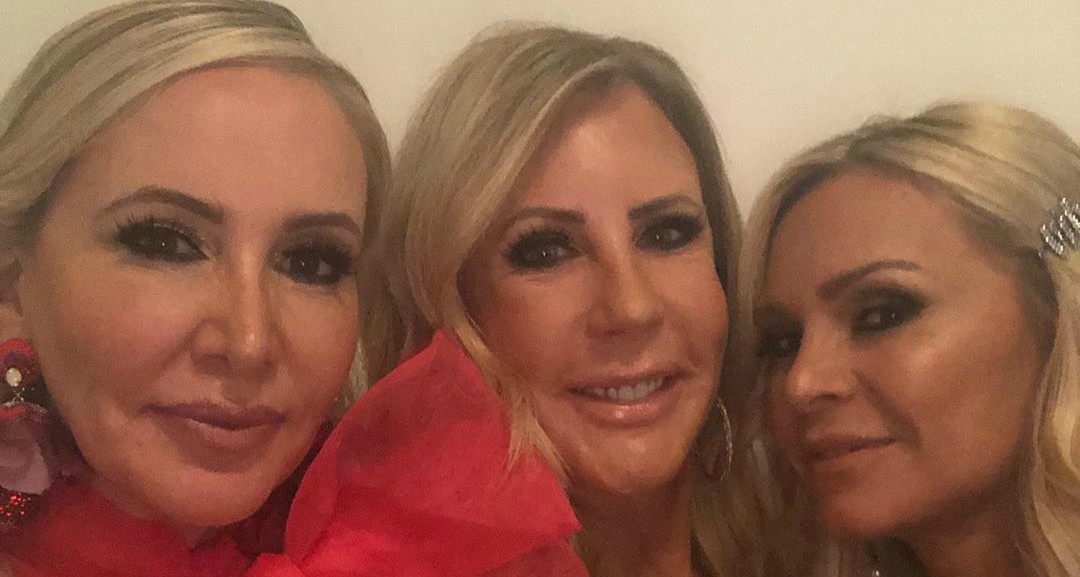 The Real Housewives of Orange County fans have been waiting for the drama promised of Season 14. Viewers might not have anticipated such shocking allegations, though. Shannon Beador, Vicki Gunvalson and Tamra Judge openly discussed a lewd rumor about co-star Kelly Dodd.

After Kelly and fans alike expressed outrage over the “Tres Amigas” spreading rumors, Tamra and Shannon did damage control. There was a rumor going around the OC that Kelly took part in promiscuous activity. Kelly denies the allegation.

However, Tamra, Shannon and Vicki continued to discuss it amongst themselves. Tamra and Shannon claimed on their Instagrams that they weren’t wearing mikes and didn’t realize the audio was being recorded.

Such a claim is difficult for fans to believe, given that both ladies have been on the show for a long time. Kelly recently revealed her true feelings for the “Tres Amigas,” as she calls them.

Kelly Slams the Tres Amigas, Says They Want A Spin-Off

In a recent podcast, Everything Iconic with Danny Pellegrino, Kelly didn’t have anything nice to say, but she said a lot. On the topic of Vicki, Tamra and Shannon, Kelly has a lot of theories.

The RHOC star believes Tamra and Shannon are pushing for Vicki to be brought back full-time. Kelly doesn’t think Vicki should be on the show at all.

“I think people are sick of [Vicki’s] lies, you know, she’s uh, she just tries to ruin people. And I think the Tres Amigas, they all belong together. I think [the Tres Amigas are] a bunch of old, washed-up b*tches.”

Kelly went on to speculate that the three are aiming to get their own show on Bravo. At the very least, they would like a national tour like The Real Housewives of New York’s Luann de Lesseps.

Does RHOC Star Tamra’s Son Get Paid for Show Appearances?

In a move that is sure to set Tamra off, the topic turned to Tamra’s son, Ryan Veith. As viewers know, Ryan appeared in the Season 14 premiere and revealed he wasn’t speaking to his brother, Spencer Barney, due to political differences.

A few weeks later, Ryan’s ex released abusive text messages that Ryan allegedly sent to her. In response to the public outcry, Ryan ‘quit’ the show and set his social media to private.

During the podcast, Kelly calls Ryan “the worst” and insists that he has been getting paid for his work on RHOC.

“He gets paid and then he brags about getting paid!”

Tamra has yet to respond to Kelly insulting her son. It looks like their feud won’t be ending any time soon.

The rest of Season 14 of The Real Housewives of Orange County airs Tuesdays on Bravo.

Rachel Lindsay Refuses To Share Opinion On Chris Harrison Drama
‘Shameless’ Time Jump? See Liam Gallagher All Grown Up
Alum Says Season 25 Ladies Aren’t ‘Likable’ Enough For ‘Bachelor In Paradise’
What Is Jax Taylor Doing On A Movie Set With Robert De Niro?
Will There Be A New Episode Of ‘Shameless’ This Week?