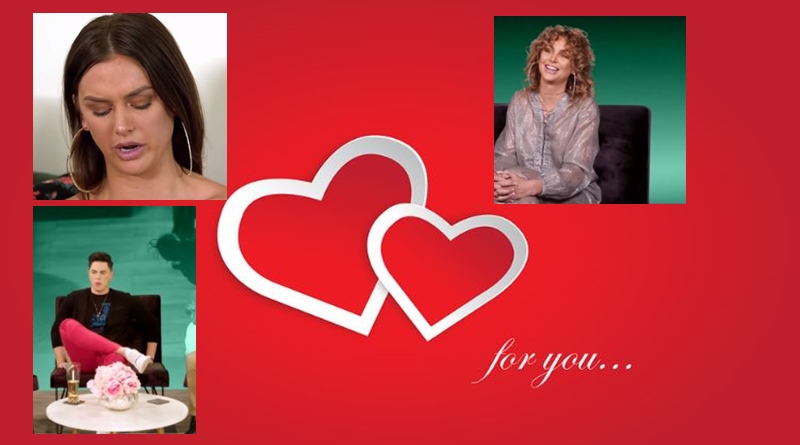 Vanderpump Rules Season 7 raised a lot of debate on social media. The chatter arose after Ariana Madix and Lala Kent got the hots for each other. Actually, they made out in the back of the car that Tom Sandoval drove. The debate centered around whether a woman could cheat on her man with another woman. Meanwhile, Tom and Ariana moved on, but some fans obviously never did. Ariana took to her IG to slap one troll.

When the big reveal came from Tom about Ariana and Lala making out, some fans were shocked. He actually didn’t seem all that upset about it. At the time, he claimed he’d been on caffeine and felt tired and irritated. But the two women were really “sh*t-faced.” Well, Ariana got to thinking about how hot Lala was, and she couldn’t resist the temptation. So, they got down to some serious PDA in the back of the car.

At the time, Ariana explained, “I’ll tell you what I remember, which may not be much.” Of course, so many fans thought that was an old excuse for the cast of Vanderpump Rules. Well, it transpired that “Obviously Lala is super hot, so I was thinking is this maybe our … are we three gonna?” Nevertheless, Tom wasn’t into it, so they played without him. Blame it on the drink, or the Mexican food they went out for.

Ariana Madix shares a photo of her and Tom, Trolls have long memories

On Wednesday, August 28, Ariana took to her Instagram to share a nice photo of her and Tom. She captioned it with, “this has nothing to do with this photo, but i’m really craving ceviche aka the perfect food. also, @tomsandoval1 is really cute and i love him. k that’s all!” Well, back in season 7, the Vanderpump Rules stars just ate Mexican, which maybe jogged the troll’s memory. Ceviche’s actually Peruvian in origin, but hey, it’s food.

Apparently inspired by the fact Ariana wanted to eat something, she wrote about Ariana and Lala making out. The follower commented, “I have never understood how you so easily accepted her infidelity with LaLa? Double standard? Infidelity is infidelity regardless of gender 🤷‍♀️ I just do not understand, but I hope for the best of you both. I would think that would be a huge hurt .”  Obviously that annoyed Ariana, as she replied, “who is “you”? 😂 this is my page, Ya weirdo.”  Other fans also stepped up for Ariana, with one saying, “might wanna check who’s page you on before you comment.”

this has nothing to do with this photo, but i’m really craving ceviche aka the perfect food. also, @tomsandoval1 is really cute and i love him. k that’s all!

Tom, Ariana move on, why raise it again?

Well, it seems like Tom Sandoval and Ariana Madix and Lala Kent all moved on from that make-out moment. Many of her fans feel it’s not appropriate to raise these issues on Instagram pages. Maybe keep it for savage groups on Facebook.  What do you think of that? No matter whether Tom and the two women moved on or not’s hardly anyone else’s business. Do you think the troll deserved a slap down? Sound off your thoughts in the comments below.