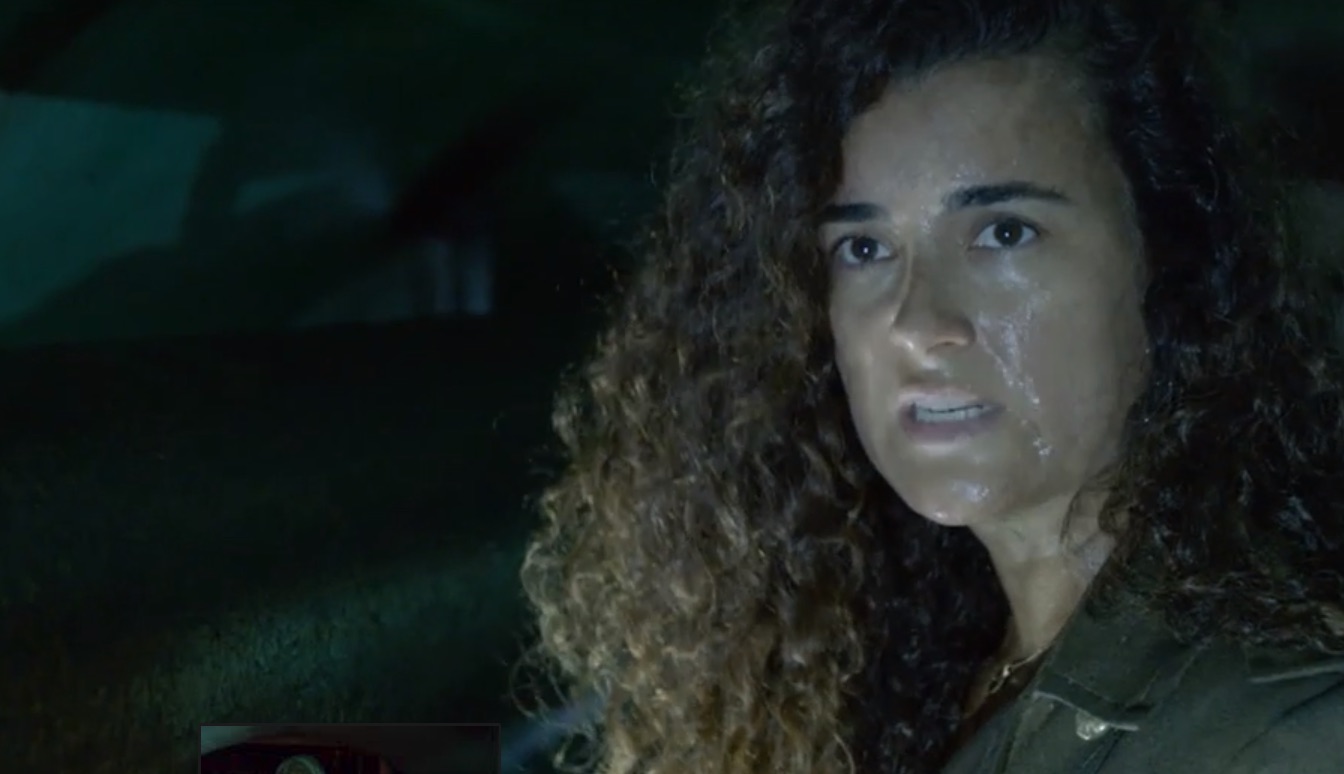 On Thursday, NCIS released the first trailer from the Season 17 premiere with the return of Cote de Pablo as Ziva David. She tells Gibbs (Mark Harmon), “We are not who we once were.” How has she changed, who is trying to kill Gibbs and who from NCIS knows Ziva is still alive?

Ziva Is Back In A Big Way

Cote de Pablo fans that thought that her iconic NCIS character would still be hiding in the shadows and just making a cameo appearance were happily surprised. Ziva David is back on NCIS. She is back in a big way.

In the first trailer for the NCIS Season 17 premiere, Ziva is seen escaping the bad guys with Gibbs (Mark Harmon). Gibbs just wants to know who is trying to hurt him. Ziva explains that it is a woman named Zahar. She explained that this mystery woman wants her and Gibbs both dead, yet the NCIS agent does not know why Zahar is after the two. We are not even sure if she is still considered a NCIS agent!

When Ziva David tells Gibbs, “We are not who we once were.” The preview cut to an action shot of ninja Ziva taking down a bad guy with her. But there is one obvious change in Ziva’s life: Tali. In the trailer, she refers to Tali, the daughter she and DiNozzo (Michael Weatherly) had together. She tells Gibbs, “If you had the chance for one more minute with your daughter, wouldn’t you do anything?”

Could this be foreshadowing what is next for Ziva? A reunion with Tali and Tony, once they stop Zahar? Could NCIS Season 17 finally have the Tiva closure fans have wished for?

Who Knows She Is Still Alive?

In between action shots of Ziva and Gibbs trying to escape the murderous Zahar are clips of the NCIS team learning that Ziva is still alive. It looks like Bishop (Emily Wickersham) is the one stuck revealing the big secret. Nick Torres (Wilmer Valderrama) is pretty excited: “Ziva David is freaking alive?!” But McGee (Sean Murray) appears furious, telling what looks to be Ellie, that “she was like a sister.” Ellie has known a while now, but she made a promise to protect Ziva’s secret.

So, it appears to be an emotional rollercoaster for the team as they come to grips with the fact that Ziva is alive and now she and Gibbs need to be saved. You can’t beat this storyline!

When Is Ziva David Returning To NCIS?

The NCIS Season 17 premiere is on Tuesday, September 24. We already know that Cote de Pablo will reprise her fan favorite character for a total of four episodes between the premiere episode and sometime in late fall/early winter. We don’t know if her story arc will include more Ziva popping in and out the rest of NCIS Season 17.

One hint is that after Ziva’s Season 16 ending appearance, NCIS showrunners Frank Cardea and Steven D. Binder teased fans, “This surprise moment is just the beginning.” Four episodes is a lot, after a long drought. But, could fans see more of Ziva helping the team solve other crimes? Could she even mentor Bishop and teach her some of her super Ninja moves?

According to Digital Spy, the two showrunners revealed that there is a lot of “fodder” for more storytelling. There has been a lot of time between when the team thought that she  died and now. This allows for plenty of story for the talented NCIS writers to tell.

Whatever the case, NCIS Season 17 will be premiering soon. This should bring back fans that may have dropped out after Cote de Pablo and later, Michael Weatherly took off.

Ziva David fans, are you getting excited for the NCIS Season 17 premiere? Share your predictions and be sure to come back to TV Shows Ace for the latest on NCIS. NCIS Season 17, featuring Cote de Pablo as Ziva David, will return on September 24 on CBS.