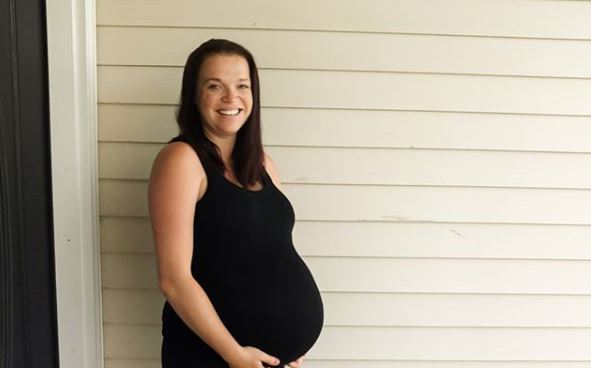 Maddie Brown Brush of Sister Wives just had her little girl. People shared the details about her little girl’s birth. This is the second child for Maddie and Caleb Brush.

Maddie and Caleb’s second child is a little girl. They decided to name her after her dad Kody by giving her the name of Evangalynn Kodi Brush. It is spelled different, but it is obvious that it is meant as a tribute to him.

Baby Evangalynn arrived weighing 8 lbs.,12 oz., and measured 21 inches long. The couple already has a 2-year-old son together named Axel James. He was born in May 2017. Hopefully, he embraces being a big brother.

The Sister Wives couple doesn’t live near their family. They are now in North Carolina where they moved for a job for Caleb. That hasn’t stopped Janelle from going up to see her grandson often.

Maddie and Caleb Brush are living life different than their family. They aren’t planning to live the polygamist lifestyle like her parents do. The family has made it clear that they don’t care how their children decide to live their lives. They just want them to be happy.

The future of Sister Wives

The fans would love to see another season of Sister Wives. There has been talk about another season. So far, TLC hasn’t shared when it would air, though. It is possible that it would come back around the start of 2020.

There is a lot going on with the family to film. Everyone would love to see Maddie’s second pregnancy. The family is also just getting used to life in Arizona. Fans want to know how the houses turn out and if they decided on one big house or smaller ones for each wife. Rumors are flying that they may have not even built the homes yet.

Don’t miss new episodes of Sister Wives when it returns for a new season. The release date hasn’t been revealed yet.