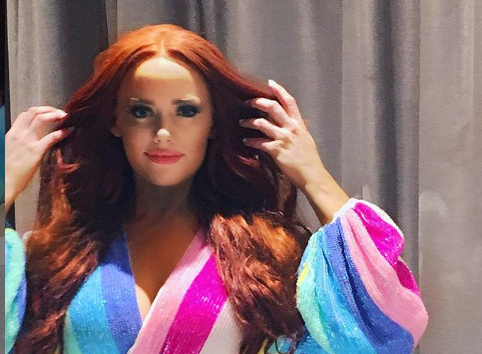 A source reported to People that despite the Instagram picture with the ring Kathryn Dennis shared, she’s not engaged. The reality star and her America’s Got Talent boy-toy broke up a couple of weeks ago according to the source. The source said, “Kathryn is not engaged to anyone but herself. She and Hunter actually split about two weeks ago. Their relationship ran its course. Kathryn is doing well, and staying focused on the kids.”

It seems sudden to fans because Hunter attended a party with Kathryn Dennis in the season finale of Southern Charm. The two had only announced they were dating seven months ago. From their social media and the brief interaction fans saw they seemed to be pretty solid. Of course, as with most things in reality television, looks can be deceiving.

Kathryn Dennis got people talking when she posted a picture of herself with a diamond ring on the special finger. She captioned it, “that y’all so much for watching us this season. Y’all make it all worth it! Stay gucci and stay tuned.” The ring was so obvious in the picture many of her fans where freaking out. One user said, “are you engaged? Hope you are. You deserve to be happy.” Many others asked the same question in all CAPS with lots of emojis.

thank y’all so much for watching us this season. y’all make it all worth it! stay gucci and stay tuned 🤭♟

Knowing that the two have actually split makes the post a little confusing. Some fans think she did it just to get a reaction. It worked multiple news sources are trying to determine if she’s engaged or single.

Two weeks ago on Hunter’s Instagram, he posted for fans to watch out for his appearance on Southern Charm, “with his little chicken nugget.” He hash-tagged it, Bye Ashley. Fans were ecstatic with one saying, “yes, he’s making his premier.” The debut would be his only time on the show with his nugget. Kathryn Dennis has had enough drama this year so it’s possible she is messing with everyone by posted the picture with the ring. Fans will just have to tune in to next season or comb the tabloids daily to find out.