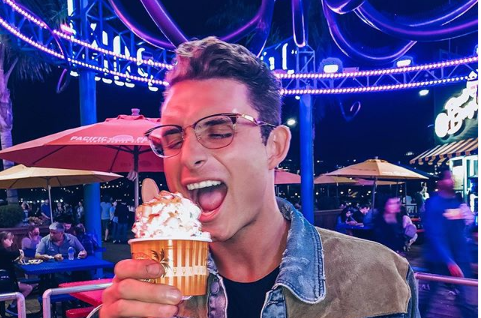 The two seem to be patching things up after their falling out in Season 6. James Kennedy had made some comments about her fiance Randall Emmett. At the time Lala Kent said she would never talk to him again as she’s fiercely protective of Emmett.

What Does James Kennedy Say About Their Relationship Now

James Kennedy not only said they are on great terms according to US Magazine, but they’re making music together again. About the new music he said, “you’ll be hearing some of that soon. We’ve got a track called Ride With Me… it’s about how friend’s have each other’s backs.”

On the fact that Jax Taylor blocked everyone from his social media he said, “I think Jax blocks people on Instagram when he gets mad and he doesn’t care for the followers like others. He’s just like living his own life.”

The Reality Star Is Focusing On His Sobriety

James Kennedy is focusing on a more important part of his life. He’s been sober for ten weeks and stated everything is beautiful. “I’ve been focusing on my sobriety and it’s been going really well,” he said, “Music has been just so good lately.” James said things are great between him and his main squeeze Raquel too. He said everyone else on the show is a lot older than them and they aren’t rushing into anything. Raquel said they were just enjoying life.

What an amazing night! Thank you guys for turning it up with us last night🤩 LOVE YOU BABE ❤️ @raquelleviss @harrahsresort @poolafterdark

In a recent post with Raquel on Instagram he thanked everyone who turned out for his set at The Pool After Dark at the Harrah’s Resort Atlantic City. James Kennedy was also recently reported to be hanging out with Katie Maloney. This was another Vanderpump co-star he had beef with. Part of the twelve steps in getting sober is making up for the things that you’ve done and maybe making nice with the cast is part of that for him.