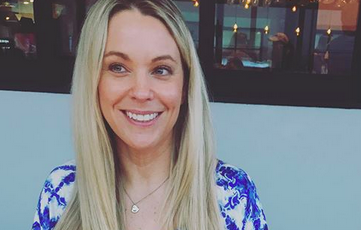 Infamous mother of 8 children, Kate Gosselin, is seeming to play “mom” to fewer children these days. The abrasive reality TV mom officially lost custody of 15-year-old Hannah and Collin to ex-husband Jon and is reportedly making no attempts to reconnect with her estranged children.

Hey guys! Take a stroll down memory lane with us! Watch every season of #KatePlus8, now on #TLCgo! https://t.co/6BhNZne78D @TLC

How did Collin end up living with Jon?

According to Radar Online, Kate Gosselin lost custody of son Collin last December after he was released from a two-year stay in a “facility” where his mother supposedly sent him to combat “behavioral issues” that he was displaying. Collin came home and moved in with his father, Jon.

44-year old Kate, now a single mom, has been quietly laying out of the public eye since Jon took her to court and won custody over Collin back in December 2018. Only eight months prior, Jon won custody over daughter Hannah, who had also come to live with him.

FRESHMAN!!! 9th Grade Wow!!! I can’t believe it!!! Good luck to Hannah and Collin this year!!! Today is their first day of high school!!!! I hope all my kids have a wonderful year in high school this year and have great experiences!!! Love all of you!!!

While Collin was away, his sister Hannah reached out to her father and expressed that she wanted to be removed from her mother’s home. According to E! Jon pursued custody  “because Hannah has expressed she is unhappy and uncomfortable in the house with Kate.”

Jon has told the media on multiple occasions that he is doing what he feels is in the best interest of his children. He has expressed that he would gladly take all of the children but that circumstances prevented it.

The protective former reality dad has often voiced that he questions his former partner’s mental health and that at various points has feared to leave them in her care stating that she “uses them as pawns”, “controls”, and “instills fear” in their children.

Will Hannah and Collin return home to Mom?

Currently, Radar reports that Kate has not made any efforts to legally reclaim custody over her estranged children. A source “close to the family” has explicitly told media that Kate was not happy about her son’s release. She has allegedly made no effort to reach out to or see her son since his return. Likewise, Collin has made it clear he does not wish to have contact with her.

How do you feel about Kate Gosselin’s apparent disregard for her children? Do you think the media is sensationalizing the situation? Tell us in the comments and come back to Tv Shows Ace for a daily dose of scintillating television news.