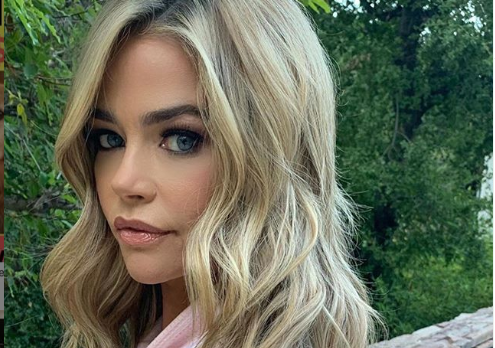 Denise Richards had an eventful first season of Real Housewives of Beverly Hills. She got married and faced the loss of some of her property due to fire. Recently she shared some Instagram posts that had fans sure she’d be back for another season. Now, she’s confirming it. Fans are thrilled as some of them have commented she brings a sense of realism to the show and they like her low drama life.

In an interview with ET according to Reality Tea she said, “I hope that everyone’s gonna be there was was at the reunion.” That includes Camille Grammer and that should be a riot.

What Did Denise Richards Have To Say About Her Co-Stars?

Denise Richards commented on the drama that took place in the previous season. She said about the cast, “you know, there’s a bond with us and at the end of the day, there can be differences of opinions and we can move on from that, but we still support one another.”

As far as the potential for new cast members she reiterated they don’t really know ahead of time. “They don’t tell us who’s coming on,” she said. “They do like to keep things real and genuine, and not tell us too much before we’re starting, and I love that.”

I had so much fun chatting with the beautiful @nischelleturner 💕 Check out my interview on @entertainmenttonight for all the juicy updates ✨And thanks to my glam squad 💇🏼‍♀️:@carlitos_hair 💄:@gtgervais ✨

The New Season Of RHOBH Will Have No Shortage Of Drama

When Denise Richards is asked about her deal with Camille Grammer after the words they exchanged at the reunion she said she doesn’t hold a grudge. She says a grudge is toxic and she doesn’t like negativity. It seems she should be on a different reality show if that is how she feels. Perhaps she just hasn’t been on the show long enough to feel the negative others have.

The new season of Housewives is sure to bring a lot of drama with most of the cast. Reality Tea had these fun taglines to pitch if we get to see some courtroom drama this year. “The only person that can judge me is, well, the actual judge I am standing in front of” “I might not live in Beverly Hills, but have you seen the Courtyard Marriott in Encino?” No matter what Season 10 brings, the other housewives will definitely deal with a lot more drama than the happily married sugar-sweet Denise Richards.