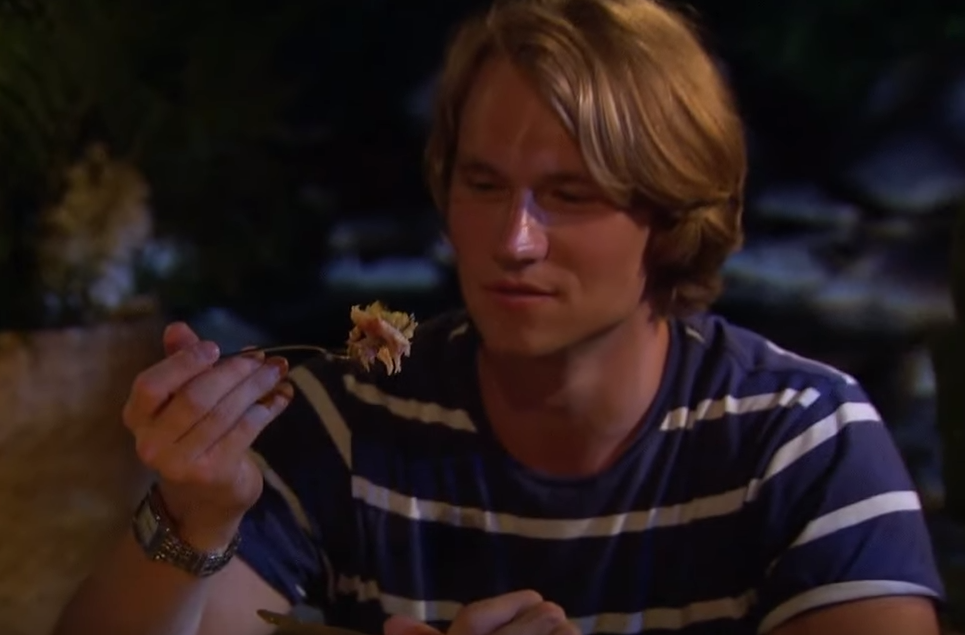 Over the show’s 17-year run, contestants have had many wild experiences. Including naked bungee jumping in Latvia and dancing with the Backstreet Boys on stage. There’s one thing missing from nearly all of the dates: eating. According to former Bachelor Colton Underwood, there’s more than enough good reason for that.

The Bachelor is a show about dating, i.e. going on dates.

Happy birthday dude. It was an honor to train with you in Singapore, Thailand, Vietnam… maybe if you would have taken training a little more serious you could have made it over the fence with me. There is always next year!

Colton Underwood Explains The Uneaten Food Mystery Behind The Dates

The contestants sitting idly in front of fully cooked dinners have been an obsession on the Internet for years. There have been breakdowns, think pieces, and podcasts simply dedicated to the show’s uneaten food.

According to Yahoo, at an event in support of his partnership with MorningStar Farms, AOL caught up with Underwood and he gave a break down on the Bachelor food mystery.

“No one really looks great eating on camera, nor do people at home sitting on their couch want to listen to you eat,” Underwood explained. “So it doesn’t sound good into the mic, and it doesn’t look appealing either.”

The show’s dinner dates are typically filmed late in the evening after contestants have already eaten off-camera. According to Underwood, the producers prefer it that way, as did he.

“It’s actually a win-win for everybody. The show doesn’t want it and we don’t want it either,” Underwood stated.

Many former contestants have given their opinion on the show’s food situation throughout the years. In 2016, Ashley Spivey, a contestant from Brad Womack’s season of The Bachelor, told Refinery29 that she lived almost solely on room service before her dates.

On a recent episode of Bachelor in Paradise, John Paul Jones ate the date food and his date did not seem happy about it. “Oh my god! Why did you eat that?” She yelled at the dinner table. John Paul questioned, “Do you know something I don’t know?” as he had not yet been on a date.

“The food on dates is usually good, but the catch is that you aren’t supposed to eat it!” Spivey said. “We eat before the dates, as we are getting ready. The producers will bring room service to your room, or a plate of food to where you’re getting ready in the house.”

Spivey also gave insight on eating during non-date days, to which she said they were usually left to themselves.

“We were responsible for making all of our meals in the house,” she told Refinery29, “Dinner would be prepared by whoever felt like cooking for everyone.”

Underwood added how tempting it can be to be sitting in front of a plate of expensive food for several hours. He couldn’t help but try a bite at times.

“Oh of course I did,” said Underwood, laughing. “But it’s so cold too, so you don’t want to try too much.” At least everyone knows the food is edible now.