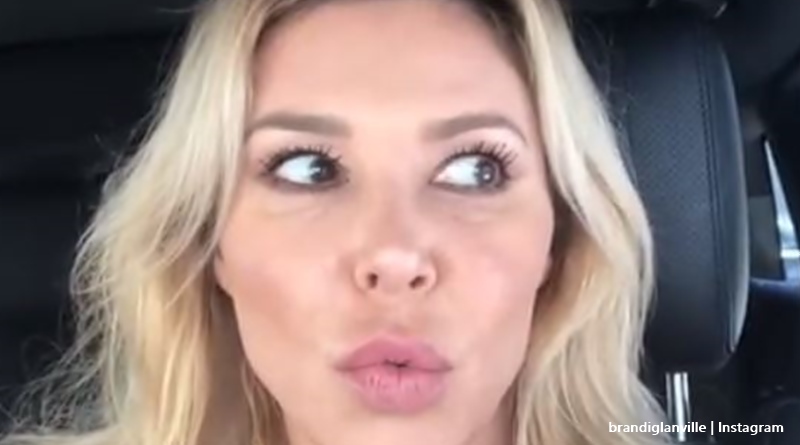 RHOBH fans know that Brandi Glanville’s no stranger to lawsuits. In 2017, we saw the long-running issue between her and Joanna Krupa finally get settled. It arose after some rather personal and derogatory remarks by Brandi. Anyway, now Brandi’s on the opposite end of a damages claim with her old landlord. She wants 1.5 million for them not attending to her moldy home.

The Blast released a report about Brandi and her unhappiness with a mold issue in her home. According to them, Brandi’s furious because she repeatedly asked them to fix the mold issue and they did nothing about it. They noted, “[Brandi and] her two children were living in a Los Angeles condo when a roof leak caused parts of the home to grow mold.” In court documents they obtained, Brandi maintains she also mentioned a “moldy odor.”

Allegedly, she and the kids both suffered from illness, and it got so bad they relocated to a hotel. The RHOBH star’s claims include the fact that “in the suit…the condo complex is a 16-unit building and its managers were aware of the dangerous conditions inside her unit, “some of which were directly affecting the health” of her and her family.” As nothing got done about the mold and the family suffered, she now wants reparation of a cool 1.5 million as reparation.

Happy Friday! ✨ On today’s episode of #Unfiltered my Producer Ryan & I are recovering from a hangover from the night before. BUT it doesn't stop us from talking @loveisland UK — I love Lain Stirling, well, just the voice! PLUS some #RHOC news. Are Gina and I living parallel lives?! And is #RHONY going to be any good without Bethenny?! 🤔 We also recorded a new episode of #DrinkingAndTweeting and Other Brandi Blunders, so make sure to find it on Monday! _ Make sure to tune in & don’t forget to rate, review, download and subscribe! ❤️❤️❤️ _ You can find us at @strawhutmedia on @applepodcasts @spotify or wherever you get your pods!

Mold and health issues can be serious

Mold can impact on health, and another recent incident involved the Busby family of TLC’s OutDaughtered. Fans saw them move home in a hurry after mold made the kids sick. And, it’s not a figment of imagination either. CDC reminds us of the dangers. Their website notes, “Some people are sensitive to molds. For these people, molds can cause nasal stuffiness, throat irritation, coughing or wheezing, eye irritation, or, in some cases, skin irritation.” However, normally healthy people may not be so badly affected.

One concerning finding came from the Institute of Medicine (IOM). They actually linked “indoor mold exposure and respiratory illness in otherwise healthy children.” Plus, later checks revealed that the WHO issued some guidelines in 2009. While not fully proven, they suggested that selected interventions that improve housing conditions can reduce morbidity from asthma and respiratory allergies. So, it’s no wonder that Brandi, the RHOBH alum grew concerned that the landlord allegedly ignored her complaints.

1.5 million in damages fro the landlord sounds quite steep

Brandi said that she notified the landlord about the problem after rains and flooding. Well, that’s likely to cause mold if not attended to. The allegation is that they knew about the issues and ignored her. While 1.5 million sounds steep, these days mold’s taken quite seriously. Brandi’s supposedly worth around $2.2 million and also earns through her best-seller books. Quite a lot of her income came from The Real Housewives of Beverly Hills show, at $175k per season.

What do you think about Brandi Glanville bringing a lawsuit against the landlord for mold? Do you think it’s worth a hefty 1.5 million in damages? Sound off your thoughts in the comments below.