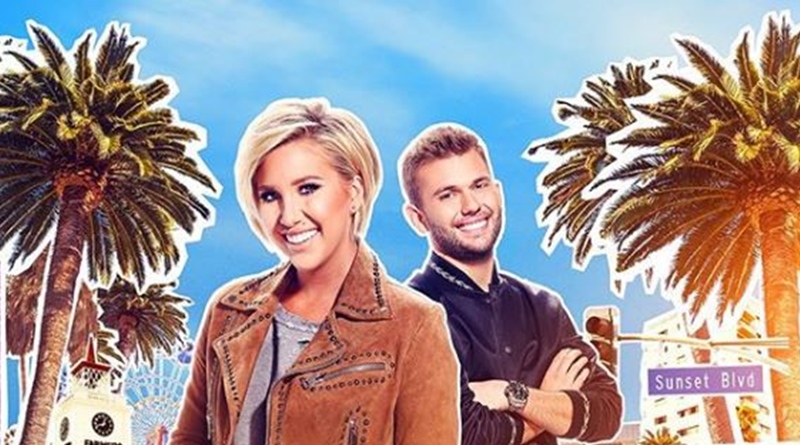 Todd Chrisley and his wife Julie face a possible prison sentence of up to 30 years. With that high-profile breaking story, the kids also get spotlighted. By now, fans of the Chrisley Knows Best TV series know that Todd blames much of his woes on Lindsie Chrisley. The estranged daughter allegedly filed charges of extortion against him and Chase. But, now speculation abounds on whether Savannah and Chase actually “put the nail in the coffin” by testifying on the alleged tax and fraud charges.

Todd Chrisley seems okay with both Chase and Savannah

So far, Todd never indicated that he’s at odds with Chase or Savannah. Over on his Instagram, he mentions Lindsie and laments the estrangement. But we hear little about Chase and Savannah. In fact, as far as we know, he’s quite involved in Savannah’s upcoming wedding to Nic Kerdiles. Or, at least Savannah indicated that, anyway. Right now though, it’s not likely Savannah’s too keen for the day to arrive. After all, her dad may just be behind bars by then.

Actually, it seems there’s a warm relationship between Savannah, her dad, and Chase, co-named in the so-called extortion. How likely is it that they testified and “put the nail in the coffin on Todd Chrisley’s indictment charges?” Very possibly, they did testify, but we can’t say for certain they brought Todd’s downfall. The initial report on it comes from The Blast, usually quite reliable on reporting about court documents. But, this time, possibly some assumptions came that might miss the mark.

According to The Blast article, they obtained court documents that indicate the two kids testified. They noted, they testified “before the grand jury in connection with the investigation.” Or, at least they got subpoenaed to do so.  The report continues by stating, “Chase and Savannah ultimately testified before the grand jury.” So, that’s obviously within the bounds of possibility. But, how likely is it that court documents would state or infer their testimony “helped put the nail in the coffin for the federal indictment against their parents?”

For all we know, they answered questions, but may not have been the ultimate betrayal for Todd Chrisley. Being so close to their dad, obviously, prosecutors wanted information from those close to the case. That does not necessarily mean they axed the old man. All it really tells us is that they were subpoenaed and gave testimony. As Tiffany Bailey of Monsters and Critics points out a rift between Chase, Savanna and Todd “is…not the way things have been portrayed by the family.”

In fact, it’s clear that so far, if anything they’re supportive of their dad. What’s your take on it? Do you think that Chase and Savannah may have “put the nail in the coffin?” Sound off your thoughts on the tax and fraud charges against Todd Crisley in the comments below.