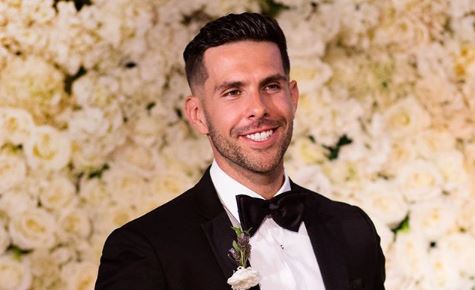 Bachelor in Paradise will air the big wedding of Chris Randone and Krystal Nielson tonight. You do not want to miss this big event. Now a new YouTube video is showing that they said John Paul Jones ruined their big day.

Chris Randone and Krystal Nielson met on Bachelor in Paradise. These two fell in love. They are actually married now and the big wedding happened on the show. Fans loved watching their love story go down. Now tonight they get to see the wedding.

The new video from Access shows that they are blaming John Paul Jones for the day not going as planned. Of course, agreeing to have your wedding on the show means drama could happen. This happened while Bachelor in Paradise had already been filming.

Right before the wedding, they heard that there was something going on. They said, “The ceremony was actually perfect.” Chris said that he didn’t know him before this at all. Krystal was surprised that it happened this way.

It sounds like JPJ caused some drama for the event. It sounds like it all went down during the reception. John Paul Jones actually confronts Derek at this time. It causes a big issue. The way Chris explains it was that it was “unacceptable.” They had family and friends there as well. It all went down right in front of Chris’ mom.

This will all go down tonight on Bachelor in Paradise. You do not want to miss seeing it go down. Chris even says that JPJ kinda steals the show the way that it goes down. They feel like he owes them an apology, but that hasn’t happened just yet.

Chris Randone says he married his best friend. It looks like they have found their perfect match on reality television.

Are you surprised to hear that they are saying JPJ ruined the wedding? Share your thoughts in the comments below. Don’t miss new episodes of Bachelor in Paradise on Monday and Tuesday nights on ABC.