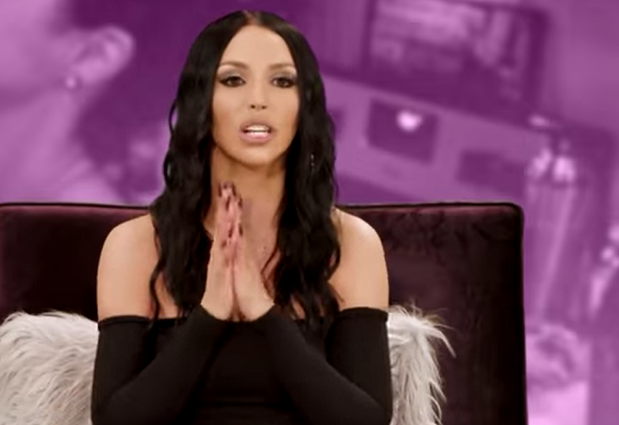 Robby Hayes has been a hot-button topic lately. First he’s been speaking out about an alleged sex tape with Lindsie Chrisley and apparently now he’s been making out with Scheana Shay. These reality television stars really weave a web when it comes to their dating lives.

The two had been linked together over a year ago when according to US Weekly Shay said Hayes ghosted her. He denied it saying they just fizzled out with both of them to blame. According to the Inquisitr she says that’s not the case. “He was on a trip in Mexico, we were texting and I was like, ‘I miss you. Let’s have a Robby-Scheana day soon.’ And he was like, ‘Yeah. I’ll be back tomorrow.”

TMZ has the pictures of the two making out at the Encore Beach Club. Scheana Shay has a huge headband on that says her name in case people weren’t sure it was her. She also wore a large cover-up with marijuana leaves all over it. This is not the first time the two have been spotted together recently. They were both hanging out at a launch event for Chrissy Teigen.

Is Scheana Shay Just Having Fun With Robby Hayes?

The two reality stars have been friends for a long time and they’ve both had their public fun. In addition to being spotted at Encore according to Bravo TV the two were in each other’s Instagram stories. Back in 2018 when they were spotted together Scheana Shay said they were just friends.

The Vanderpump Rules star said, “Him and I are amazing friends. Every time I’m in L.A., he’s one of the first people I call to hang out with and we get each other. We’re in the same world, so it’s very easy to relate with one another.”

Things may have changed because Robby is dealing with the scandal of being caught with Lindsie Chrisley on a puppy cam. He’s been vocal about the situation and maintained they certainly didn’t set out to make a sex tape. Fans think maybe Scheana can be a safety blanket for the onslaught of media and attention the Chrisley tape is getting him.

Of the whole situation Robby said, “at this point, this is all frustrating and this sex tape situation has been held over my head before. Hopefully all wrongdoings come to light,” said Robby. Getting close to Scheana Shay has certainly turned the attention on him away from the whole Chrisley thing.