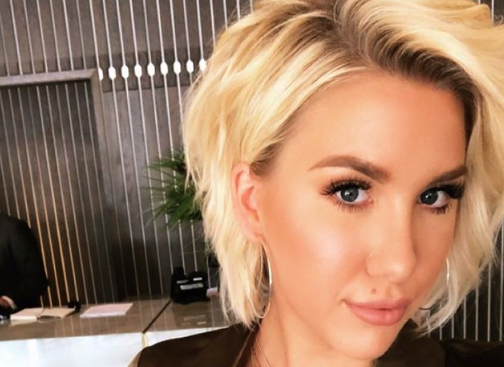 The reality TV drama is uniting. Bachelor alumni and the Chrisley family are getting into a pretty big argument and it looks like Savannah Chrisley is taking her parent’s side. This wouldn’t be that weird if it weren’t for the fact that her sister, Lindsie, is with the Bachelor cast on this one.

So what’s the drama?

It’s recently come out that Todd Chrisley thinks that Lindsie and Bachelor star, Robby Hayes, made a personal video. Well, Robby defended himself against Todd saying that no, it was just a pet camera that recorded them (doing the deed) and it was a complete accident that the whole situation got recorded.

What’s even worse? Lindsie has also been involved with Josh Murray. Both of these situations happened when Lindsie was married. That put the Chrisley family under a lot of pressure.

However, where it gets tricky is that Todd made a statement accusing Lindsie of all this. Lindsie understandably saw this as extortion on her dad’s part.

“It’s heartbreaking and shameful that these kinds of accusations have to be aired in public. We have tried to keep Lindsie’s extramarital relationships with Robby Hayes and Josh Murray private for her sake since August of 2016.” Todd said.

Long story short, Savannah is not amused by the Bachelor stars Us Weekly says.

“She remembered who she was and the game changed.” 🖤✨

“I just think it’s really funny that all these Bachelor stars are trying to get their five minutes of fame,” Savannah said. “If they don’t get it on that show, they find another way to get it. It’s sad, but the truth always wins.”

Savannah has been totally standing by her family through all of this. She believes it’s sad that her dad even has a child that would try to make his life so miserable.

The blonde bombshell believes that her parents taught the whole family good values. If they taught the kids those values then they should also have them.

“I know how they’ve raised us and the values they taught us,” Savannah stated. “So, if they taught us those values, it means they have them themselves.”

Whose side are you on with all of this? Do you think Savannah is right or do you agree with Lindsie and think Todd is trying to extort her? Let us know your thoughts in the comments.

Be sure sure to watch new episodes of Bachelor in Paradise every Monday night. It might not be quite as dramatic as this, but it’s still entertaining!